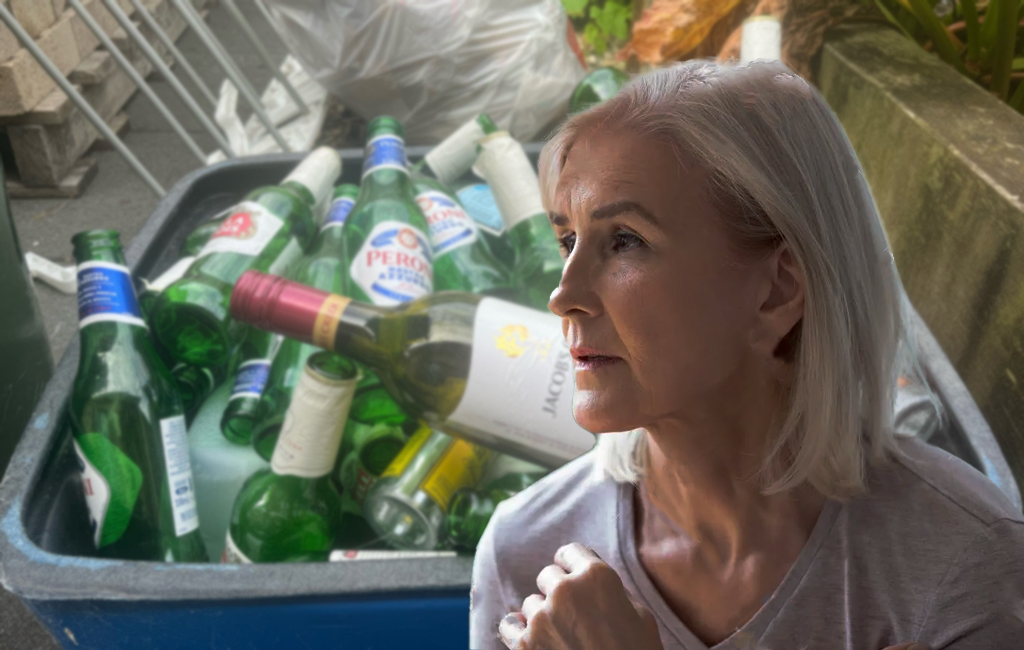 WHAT WILL THE NEIGHBOURS THINK?

58-year-old mother of two, Jane Morrison was hit with a wave of self consciousness this morning as she took her glass recycling out to the street to be collected.

The Nelson local has noticed that unlike every other time she’s taken the glass out, her bin is now filled almost exclusively with empty beer and wine bottles. To any casual observer this would be totally understandable as Christmas was mere days ago. Someone seeing Mrs Morrison’s glass bin would be able to logically figure out that like many others, she had hosted people for Christmas at her house.

Despite this, Morrison has now worked herself up into a hand-wringing ball of worry, thinking that the neighbours may start to think that she and her husband have a drinking problem. “I hope Sue from number 12 doesn’t see our bin this morning. People are going to think that John and I are alcoholics if they see this,” she said without really thinking her statements through.

“Oh doesn’t it look terrible. Empty beer bottles, wine bottles, and look, there’s even that whisky bottle there. It only had a bit left in the bottom of it, which John and Ben finished off at Christmas. Looks like they drank a whole bottle in one night!

“And what are the guys in the recycling truck going to think?!”

Before our reporters could explain to Mrs Morrison that the men collecting her rubbish are probably expecting to collect a lot more glass in general over the next couple of weeks, purely because of Christmas and New Years, the worried mother was disappearing back into her house.

“Sorry, I’m just getting my sunhat so I can sit outside and wait for the recycling guys. When they get here I’m just going to explain that we actually had ten people around at the house for Christmas, so all those bottles didn’t just come from me and John”.