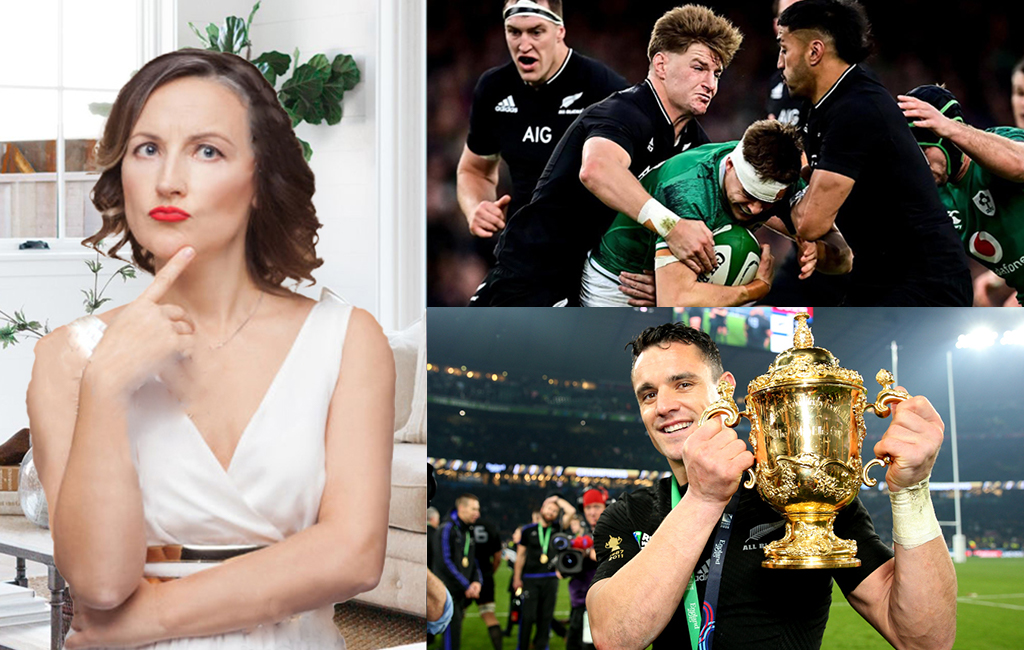 Ahead of tonight’s game against Ireland, husband Daryl and son Michael are preparing for the worst.

Last year both male members of the family had to drop their heads into their hands, as Vicki asked them whether Dan Carter, who hasn’t played for the All Blacks since the 2015 World Cup six years ago, had somehow been miraculously reintroduced to the squad for a Northern tour test match.

While Dan Carter is considered one of the all time greats of world rugby, Vicki Matthews allegedly knows him more for his short-lived modelling career for underwear brand, Jockey.

At the time, Daryl Matthews, 53, was in utter disbelief at the question. “It’s like she’s not even trying. I mean, if she doesn’t like rugby then fine, just leave us to it. But questions like that just demonstrate how little she cares. It’s unnecessary!

As Daryl and Michael were working out a bet on whether Vicki would be interrupting in the same way she did last year, the wife and mother burst into the room with another bombshell.

“Are the All Blacks on?! Ooh is Damian McKenzie playing??” she asked, clearly demonstrating that the only interest she has in any of the All Blacks is whether they are good at wearing a pair of jockeys.

Nevertheless Daryl and Michael were surprised at the relevance of the question, as McKenzie is at the very least still playing professionally overseas.

“No he wasn’t available to play for the All Blacks because you have to play a season in New Zealand first. He’s playing overseas at the moment,” said Daryl.

“Oh that’s a shame,” said Vicki, turning on her heel and leaving them to it.

The father and son are now reportedly unsure whether Vicki knows the status of Dan Carter or not.