Local Woman Forgets Reusable Shopping Bags Again, Adds Another Tier To The Pile In The Garage 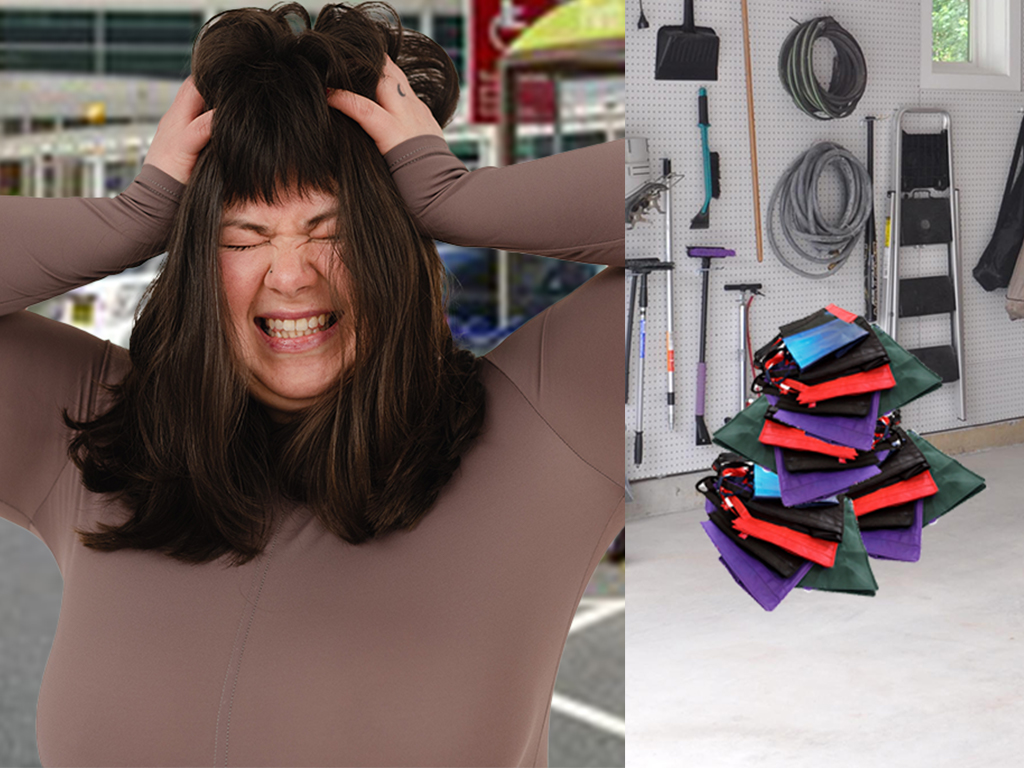 Whakataki local Olivia Bancroft should be approached with caution this morning.

“Oh every fuckin time! I’m sick of this shit!” screeched the 43 year-old as the supermarket doors nearly slid on her.

Her sudden outburst caught the ears of the Whakataki Times reporters, who kept their distance while seeking comment.

“You’ve got to be kidding me, actually, nah – fuck the groceries for today.” wailed the mother of two, while threatening to walk back to her car.

It appeared Bancroft would rather leave Whakataki Foods without groceries and drive straight back home, than stomach yet another completely pointless purchase of multiple reusable shopping bags at 99 cents each. This was all while being very aware of the embarrassing amount of bags piling up in her garage.

After pretending to storm back to her car multiple times, Bancroft eventually gave in and went about her weekly shop. Arriving at the checkout she looked visibly ill after having  to scan and pay for six more reusable bags.

“I don’t know what you want me to say. As you can see, I’m paying for reusables here because I forgot the reusables that I already paid for here last time. God, the planet would be better off if the bags in the garage were single use plastic ones! At least then they’d take up less room in the landfill!”

When she finally arrived home she unloaded the groceries and accepted her hideous fate by adding her new reusables to the Mount Everest in the garage.

Thinking that her nightmare was finally over, she poured herself a glass of wine, only to see something that crushed the last remaining fragments of her soul. The full basket of wet washing that her 12 year old son was instructed to hang out was still sitting by the back door where she left it that morning.