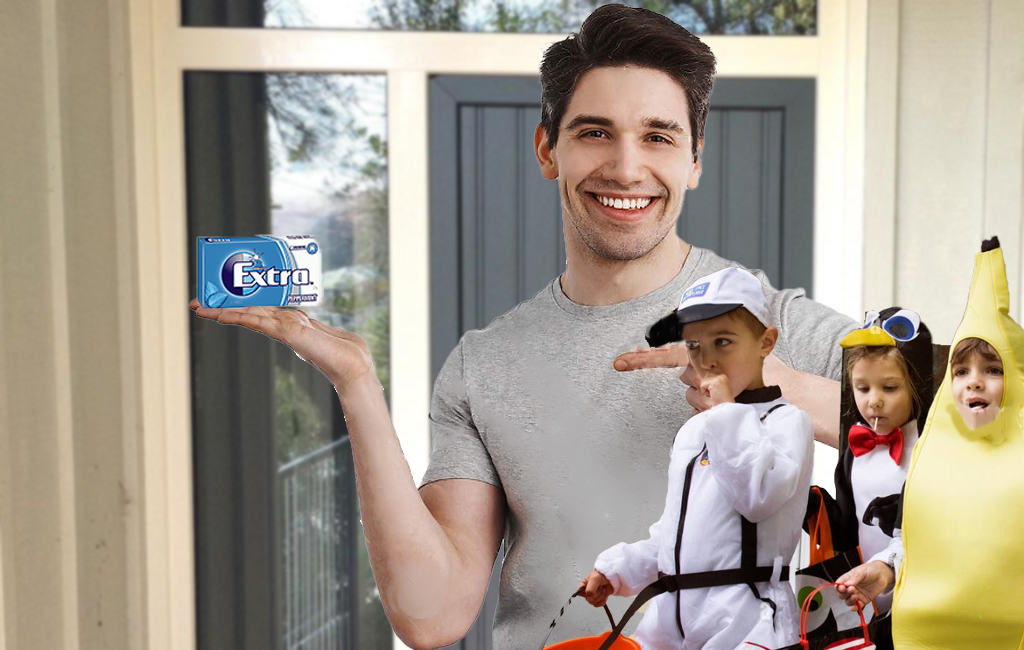 IT’S ALL HE HAD

Six year-old Riley Bryant had a spring in his step with his fellow neighbours this evening.

Bryant and a group of around 10 children were happily marching their way down Peverel Street in Christchurch, hoping to add to their small goody bags they were proudly carrying for Halloween.

However the children were about to be slammed with disappointment after heading down the driveway of 29 year-old Thomas Harding.

“Trick or treeeeat!” the giggly children yelled in sync as Harding opened the door with a surprised look on his face.

“Oh gidday kids, ah Halloween, that’s right. Let me see what I’ve got,” Harding said sheepishly, full well knowing he was going to disappoint the children who had turned up at his doorstep in hope of some sugary treat which they expected him to have.

As Harding returned to his door he tried hard to sell the idea of Extra sugarfree chewing gum being something that children could get excited about. The gum of course had come from the very bottom of his work bag and had been sitting there for several weeks.

“Here ya go guys, who wants one of these?” Harding said as he looked for some sort of positive reaction from the children.

“What kind of lolly is that?” questioned Bryant, who had never had chewing gum in his life.

“Gum. You know, chewing gum?” Harding said as he realised he was disappointing a large group of children with something that wasn’t even edible.

“But be careful guys. You can chew on it, but don’t try to eat it,” warned Harding, who further embarrassed himself as he only had four sticks of chewing gum for the group of 10 children.