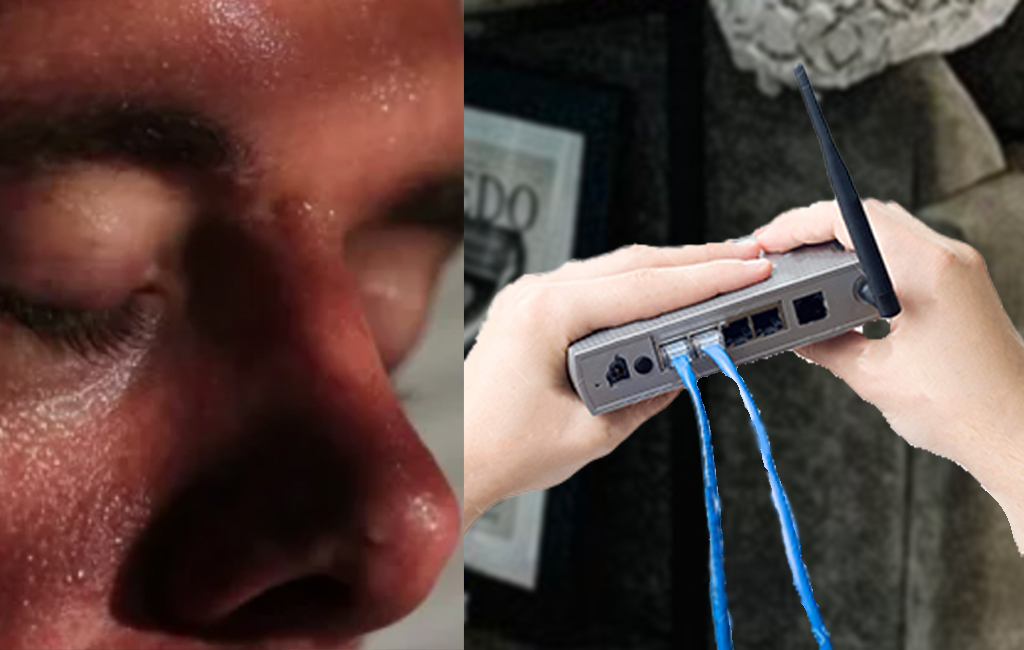 Scott Harper was preparing for a relatively mundane trip to Aunty Susan’s this morning.

“Just thought I’d pop in to say thanks for the Christmas present and be on my way” said the 21 year-old building apprentice from Hawkes Bay.

But this stock standard holiday season visit was about to intensify.

“Wifi password? Oh I think it’s just on the back of the router, the big long one” said Aunty Susan, like it was perfectly normal to have not changed the Wifi password once since signing up for broadband a decade ago.

The router, which had multiple long confusing numbers and letters at the back and was awkwardly located behind the lounge chair next to the bookshelf, was just the first of many mental challenges Scott Harper would face.

“Oh yep, the big long one. Right” he uttered while glancing down at series of black and white barcodes, followed by columns that read ‘SSID’ ‘Encryption Key’ and WPS Pin’

Selecting one of the passcodes which was printed in a small unreadable font for absolutely no reason, Harper used one hand to tilt the Wifi router to a readable angle, while his other typed the 12 letters and numbers with military precision into his iPhone.

“Capital S, c, y, x,  3 L 4  B” Harper repeated to himself as sweat visibly started to pour from his forehead.

After entering the final letter and nailing a successful connection on the first attempt, Harper’s blood pressure dropped back down to a normal level.

“Thank fuck” he said while launching himself back into an upright position. But before he could get a chance to open up his social media apps, Aunty Susan called from the kitchen.

“Scotty, can you give me a hand with this gladwrap? It’s always impossible finding the end.”

“I guess it always seems impossible until it’s done”