Man Goes Walking Alone, Contemplating How We Blew That Lead 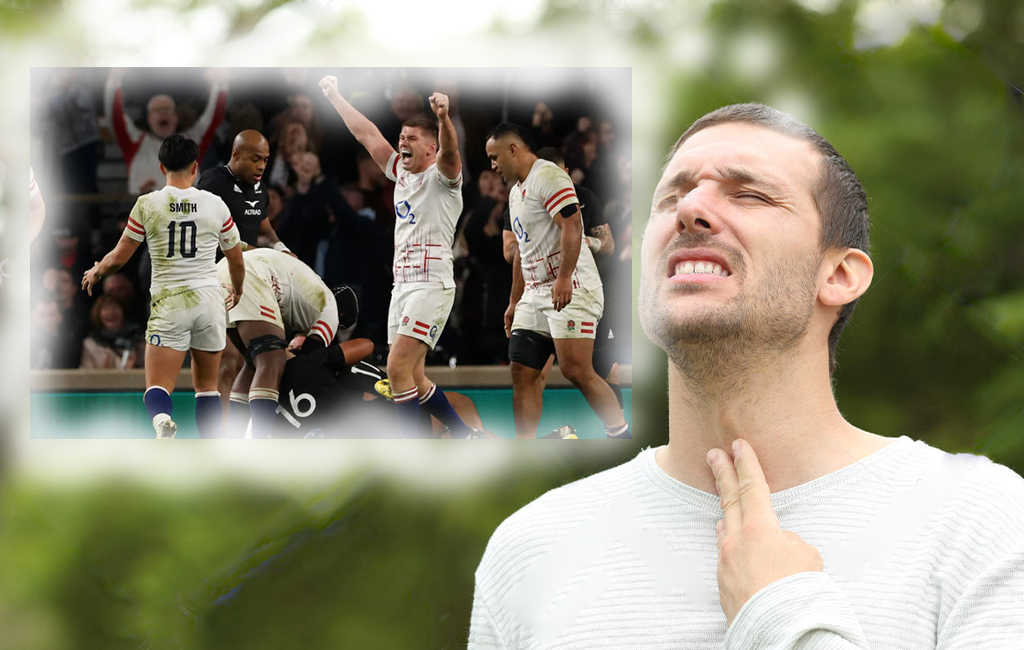 It has been hard to get a word out of Lewis Adams today.

The diehard All Blacks fan had been extremely lively earlier this morning when the ABs were comfortably in control of their game against England at Twickenham.

However Adams’ buoyant mood evaporated within minutes as the Poms launched an unlikely comeback, which ended in a dramatic 25-25 draw. After turning off the TV and silently staring at the back wall of the lounge for half an hour, Adams then left his house to go for a walk, eventually arriving at his local neighbourhood park.

After being relatively mute during his walk, our reporters got a comment from Adams.

“Far out. How did they actually blow that? I thought when Beaudy nailed that dropkick that was definitely it. I’ve never seen a lead snapped up so quickly,” said a dejected Adams while staring blankly into space, still in shock from the morning’s events.

“You’d think with nine minutes to go we’d just close it out being up 25-6. I was already visualising what I was going to say to the English guy in my team at work. But now I don’t want to even go in tomorrow knowing how happy he’ll be after that,” said Adams, still failing to accept that the dramatic comeback by England was in fact part of reality.

Adams won’t be the only Kiwi who is in utter disbelief at England’s sensational comeback. It beggars belief that after not even looking like scoring the whole game, they scored three times in nine minutes.

If the result wasn’t mind numbing enough, Adams was also perplexed about why England fly-half Marcus Smith had booted the ball out at 80 minutes instead of allowing his team to work their way up field for victory.

“You’d think after all that they’d have a crack? I know our boys would have had a go. Why the hell did he do that? It’s like he’s trying to annoy Kiwis even more. I can’t even believe any of this.”