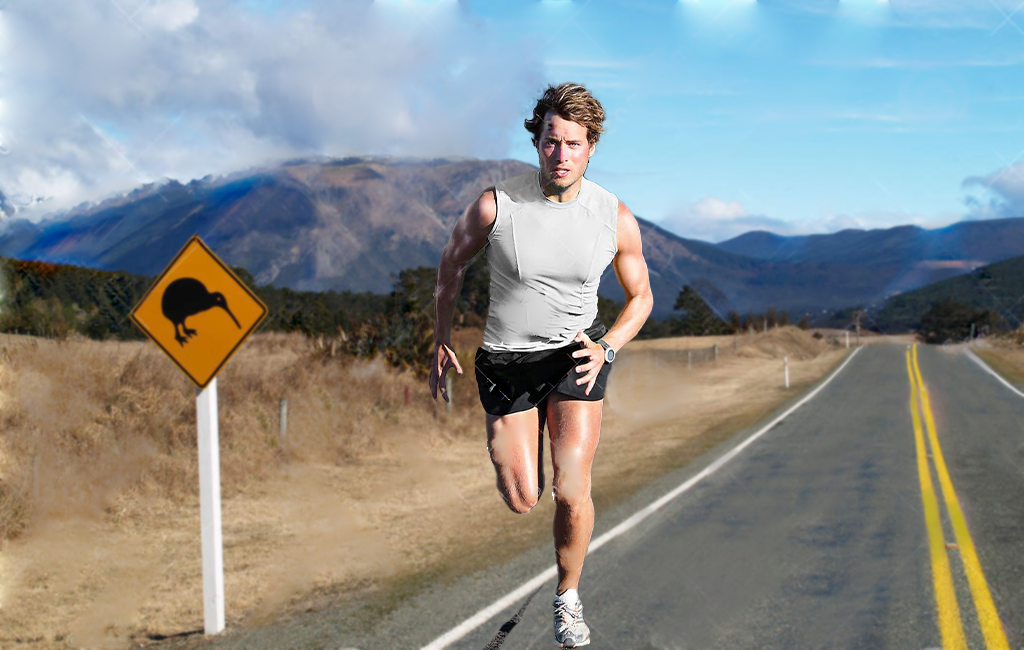 Joseph Pimms appeared to be more excited about going for a run than Christmas Day itself.

That’s because the 35-year-old would rather do a strenuous bout of exercise than have a well-earned sleep-in on the day that he would soon be relaxing with relatives for Christmas lunch.

Pimms was in preparation to exit his brother’s house for an unknown period of time, when he stopped to answer some important questions.

“Yeah, I’m kind of just trying to get runs in when I can. Quite good that all the other members of the family can see I’m making a conscious effort to live a healthy lifestyle. Especially on a day like Christmas Day. It’s the kinda thing Richie McCaw would do haha.”

“There’s still dishes to be done and there’s five kids aimlessly making a mess with their new toys. I’ve hardly had a proper catch up with him and my other siblings and he’s just taking off for a run? Two of these kids I’m having to watch are his!”

53 year old Mark Chan, the local dairy owner on a rare day off, was equally confused when he saw a man running past his dairy in the heat.

“I’m used to seeing kids whizz past on their new roller blades. But then this guy comes jogging past, drenched in sweat. I thought he must have been a Super Rugby player getting some extra fitness, or an athlete training for the Commonwealth Games or something.

“But he just looked like a regulation bloke slogging it out like it was a normal day for exercise. It was quite perplexing.”

As Pimms returned to the house from his run, it appeared he was making sure people could see him stop his watch and mumble about how many kilometres he’d completed, while others had begun eating and consuming alcohol.