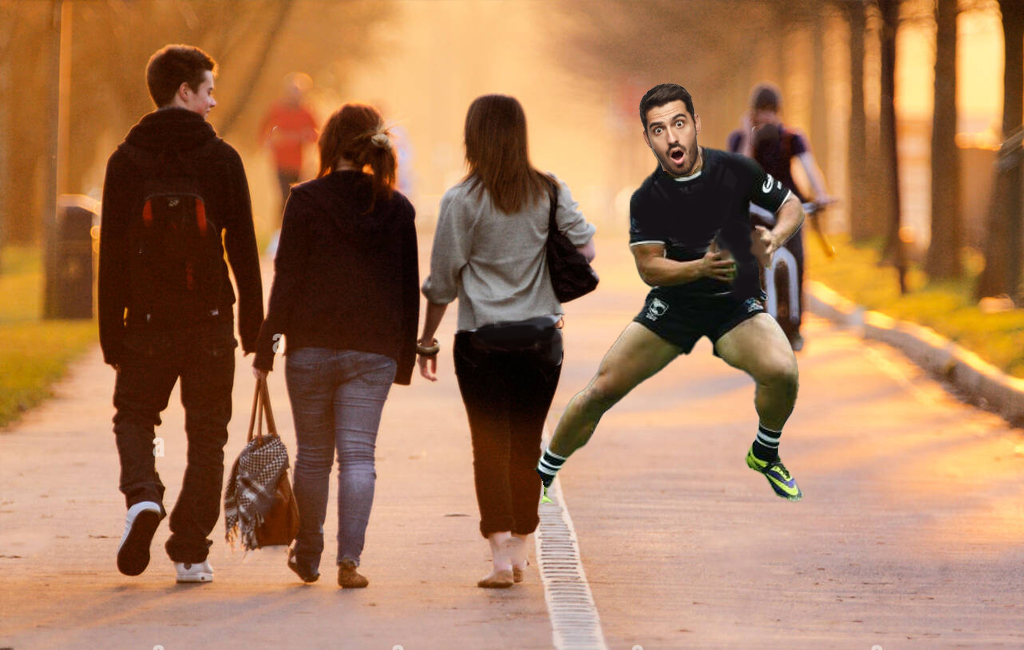 33 year old Whakataki local Mike Matthews has proven to himself and other footpath users that he’s still got it.

While out on his Sunday morning run in James Cook Park, something he tries to do at least once a month, he was able to avoid a group of three people walking on the footpath by putting on a devastating side-step off the right foot.

Matthews was running at a medium pace while the other group of three people were walking slowly, so many might argue that the sales executive’s deliberate skill move was over the top and unnecessary. Mr Matthews rejected this point of view when he spoke to our reporters today.

“Beauuuutiful morning in the mighty Whakataki today, thought it’d be wrong to not go and carpe-diem the crap out of it.

“So I’m out running in the park, and you know what it’s like when you’re in the zone, sometimes you just don’t even notice people coming towards you.

“I was in a flow-like state and this exact thing happened to me, three people appeared out of nowhere with bugger-all time to react,” explained the former Whakataki High 2nd XV winger.

“Then without thinking or noticing what was happening, I felt my right foot instinctively plant itself hard on the concrete and pushing my whole bodyweight swiftly to the left, avoiding the people coming towards me,” Matthews recounted while looking very pleased with himself.

“That moment took me a looong way back, gee I scored a lot of tries off that right step back in the day,” reminisced the man who may or may not have peaked in high school.