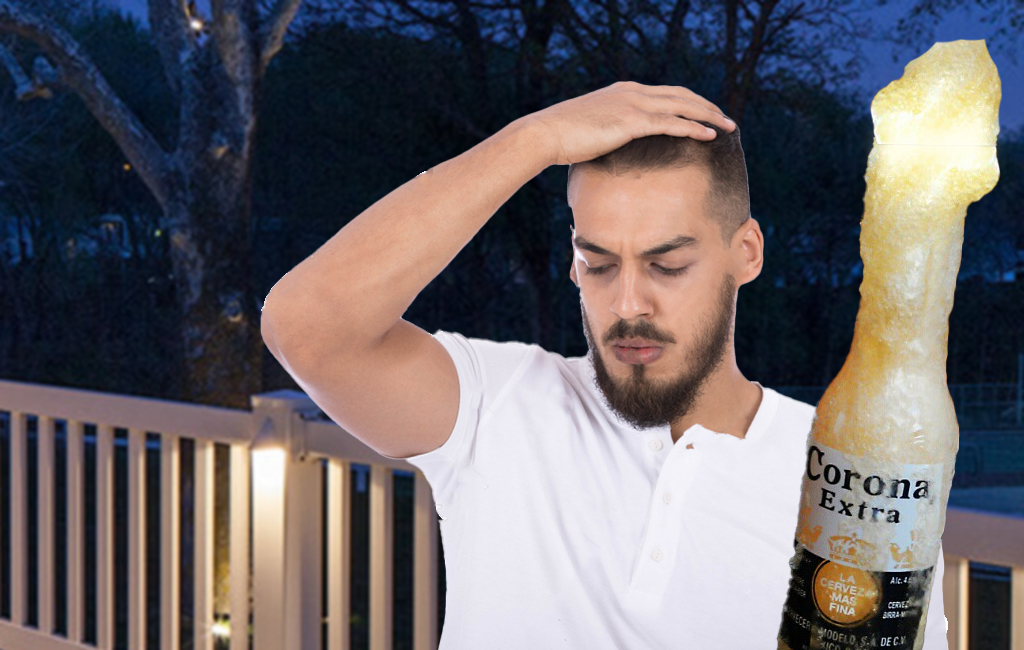 Saturday night beer drinker Mark Hammersmith decided he’d roll the dice last night, opting to rapidly cool the temperature of two of his beer bottles by putting them in the freezer.

Hammersmith was of course gambling on his own ability to remember that he had deposited the two glass bottles, before they inevitably exploded.

The Hamilton-based sales specialist sat down with the Whakataki Times to talk about where it all went wrong. “I was sitting down enjoying one of Dave’s beers on the deck, making the most of the sun that had decided to come out. Dave’s Speight’s Summits were already cold when I arrived, unlike my Coronas, which had been sitting in their box unrefrigerated for nearly 24 hours.

“Naturally I wanted to speed up the process of making my Coronas colder, so I chose to put two in the freezer and six in the fridge. In hindsight, that was a mistake,” explained a remorseful Hammersmith.

“Anyway I finished the Speight’s that Dave gave me and then I had another one of his from the fridge. After that one I remembered the Coronas in the freezer and had one of them, leaving the other one in the freezer instead of transferring it over to the fridge. That was my second mistake.

“From this point, the Coronas that I had put in the fridge were cold enough to drink happily – which is exactly what I did without a care in the world,” he told our reporters before taking a long suck on his 750mL Mountain Blast Powerade.

“Then at around 11 o’clock I heard this loud BANG from the kitchen, and my mind was instantly transported back to the moment when I put those two beers in the freezer. At that moment, every step I took towards my own downfall flashed before my eyes.

“I investigated the freezer and found my exploded Corona there. I remember thinking that this could be something that Dave could deal with in the morning, so I closed the freezer and went back to my drinking,” he admitted, without a hint of shame in his voice.