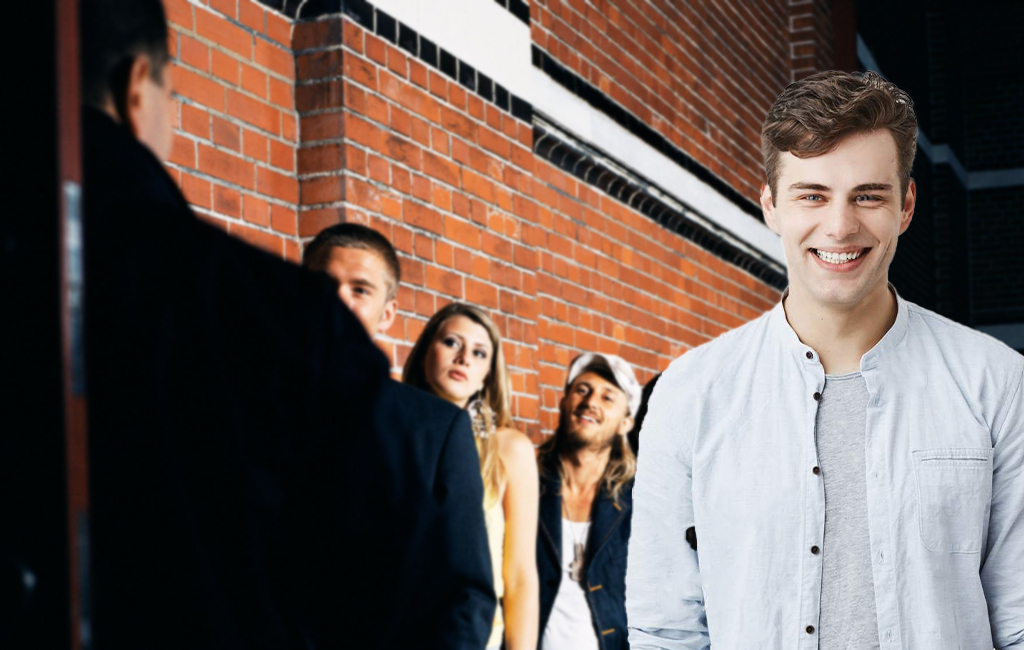 RECKONS HE’S ONLY HAD A COUPLE

Jordan Lee had it all planned out.

After putting back a box of Heikenens and a random RTD he sculled back as he waited for his Uber, the 22 year-old had a well thought out plan about how he would be let into popular night club Fat Eddies, on Christchurch’s strip, without the bouncer noticing how very, very drunk he is.

Our reporters were in line with Lee, who was visibly steamed.

“I’m just going to say I’ve had a couple with dinner and hopefully that’ll be it and I’ll be straight in,” Lee said, slightly swaying from side to side as he slurred his words.

“I’ll just stick to the script and I’ll be in easy as.”

As he approached the front of the line his plan of sticking to the script seemed to unravel early on, handing his student ID to the bouncer instead of his driver’s licence. Then the questions began.

“Oh quite good aye, I just came here with a couple of friends,” said Lee, who was not with any group of friends at the time of questioning.

“Right. How many drinks have you had tonight then sir?”

“Oh only just a few, just one in the car before town aye,” explained Lee, who had already forgotten how he was meant to say he ‘only had a couple with dinner’ and had gone off script altogether.

“Sorry buddy, you’re not coming in here tonight. Next please!.”

“Oh what? Come on. I’m not even drunk. Just had a few,” lied Lee, who had put back a lot of alcohol over the past six hours.

As Lee was denied entry, he then decided to rejoin the long line outside Fat Eddies in hope that the very same bouncer who is sober and initially denied him, will not remember the experience in a few minutes’ time.