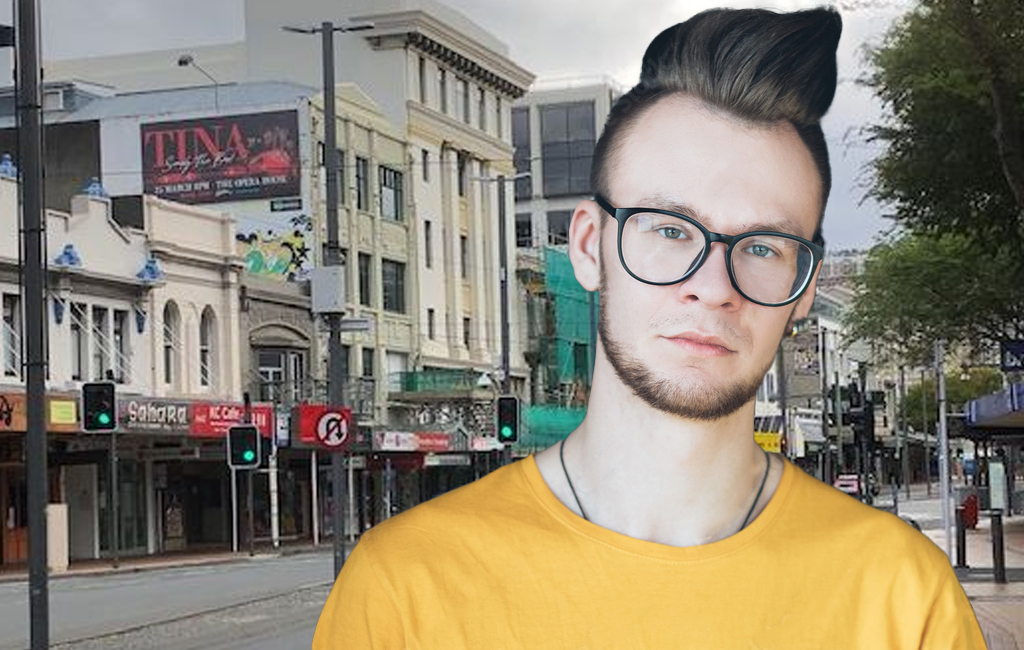 CAN’T BEAT IT ON A GOOD DAY THOUGH

Wellington local Ben Ward nearly forgot what city he was in today, after carelessly and thoughtlessly claiming he “can’t wait for summer”.

The 25 year old Mt Vic resident, who will be working in the capital all the way through Christmas and new year, caught himself making his fraudulent claim while working in a trendy Courtenay Place bar. “I was just wiping down a few tables chatting to Becky, looking out the window and just blurted it out.

“‘Can’t wait for summer!’ I said, without thinking!” he laughed sheepishly. Mr Ward had completely failed to acknowledge the fact that he’ll be stuck in Wellington, a city that famously disappoints its residents year after year.

“As soon as I said it I knew I’d made a mistake. While it may be true that on a good day, Wellington can be quite stunning, those days are very few and far between,” explained the now-reluctant hospitality worker. “And to say that summer is something that actually happens in Wellington was a blatant lie from me.

“Last year I was up at the Mount for New Year’s if you’ll believe that” he said wistfully, again looking out the window at an overcast sky and paper from a rubbish bin flying around in the wind. “Not too much money going round for that this year.”

Whakataki-based financial advisor Pat Silverstein says that with the state of the economy there’s likely to be a lot less “nice-to-haves” for the next year or two. “No more trips, no more Christmases, no more hot showers. I think that’s the message that we’re getting loud and clear from the Reserve Bank.

“And stop spending so much money on frivolous things like nutritious food from the supermarket, that would be my advice,” said Silverstein sarcastically.