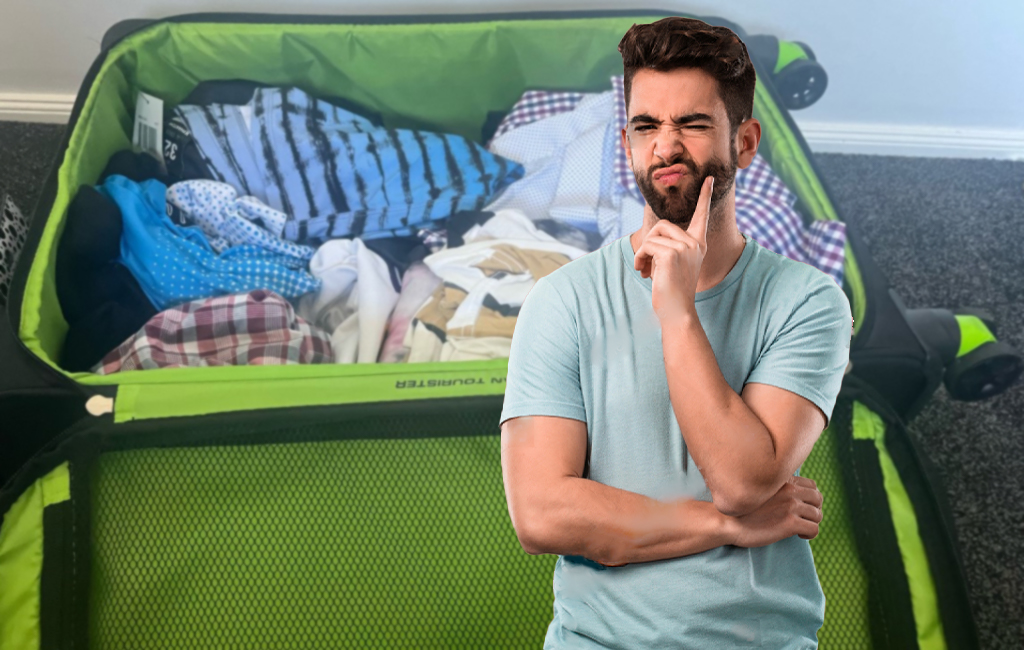 TIME TO FACE THE MUSIC

Cam Bowie’s suitcase has served him well over the past week.

The 25 year-old has been comfortably living out of his travel luggage, despite the fact that he is no longer travelling, and is in fact back home, safe and sound, with a wardrobe and chest of drawers very available to him.

But a week has now ticked over since he returned to Christchurch from his summer holiday in Nelson, meaning he has now finally contemplated unpacking it properly.

Our reporters spoke to Cam at his flat, as he was staring intently at his suitcase, which had remained in the same spot on his bedroom floor for seven days.

“I mean, why would you want to unpack it right when you get back from holiday? Everything is nicely folded and stored inside the suitcase. Feels like such an effort just to unpack stuff that is already packed,” Bowie explained, not mentioning it was his mother who folded and packed his clean clothes inside his suitcase.

“It actually feels like it’s kept my room a bit more tidy. I feel like it’s been doing a better job than my drawers,” said Bowie, not accepting the reality that he is just too lazy to unpack his suitcase, which would only take five minutes to do.

Our reporters then questioned why Cam had decided to potentially unpack it properly after a week had passed.

“Well if I’m honest I’m kinda not reaching into it as much. I’ve gone through all the regular items like underwear and socks. Just a few tees and shirts left in there, which I don’t really wear much. Might as well just hang them up and toss the suitcase back in the garage. I’ll think about it tomorrow though.”