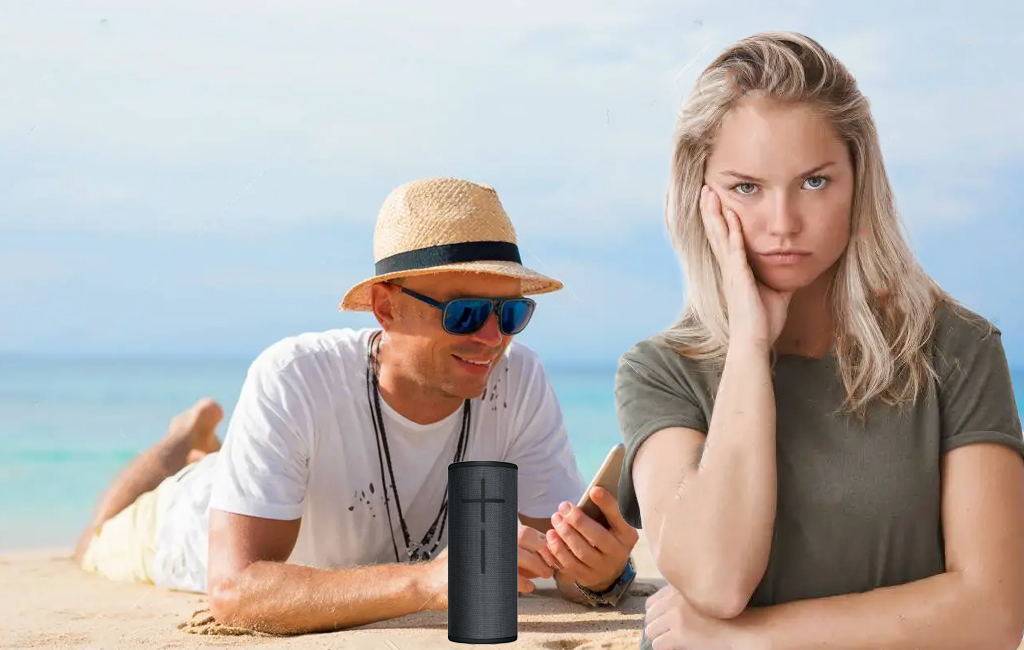 Finn Doran was out to enjoy himself at Nelson’s Tahunanui Beach as much as anyone else was today.

The 35 year-old decided he’d get in one last beach trip before returning to work in the next few days, and assumed that bringing along his new UE Boom 3 would generate more good vibes.

However Doran didn’t count on the fact that most of the people around him definitely did not want to hear his selection of music, which was set to the maximum volume.

Our reporters spoke to music man Doran and other beach goers.

“Yeah, I just thought some tunes would be a nice touch for a summer beach vibe. That’s what these little portable speakers are for aren’t they?” Doran said, oblivious to the sheer number of people he’s already annoyed with his music.

Mother of two, Kate Stevens was primed for some rare peace and quiet, while her children made sandcastles nearby, and so was less than impressed.

“Seriously. I’m finally getting some time to myself and then this guy comes along, plonks down his towel and starts cranking his music. Why do we all have to listen to that at full volume? Ugh!” she said in frustration as she packed up and moved away from Doran, who was smiling and nodding along to his own music.

Max Jones, 23, who was there with his girlfriend to catch some rays, was equally annoyed.

“Yeah, like what is he even playing anyway? Sounds like some random assortment of The Smiths and Oasis or something?

“Geez, if you’re going to play loud music to people you don’t know at the beach, at least make a safe bet like Six60 or something. Impossible to be annoyed by them!”

As our reporters went back to question Doran, they discovered he was no longer lying on his towel, but was seen wading into the ocean, leaving his unattended speaker to continue playing its strange assortment of music.