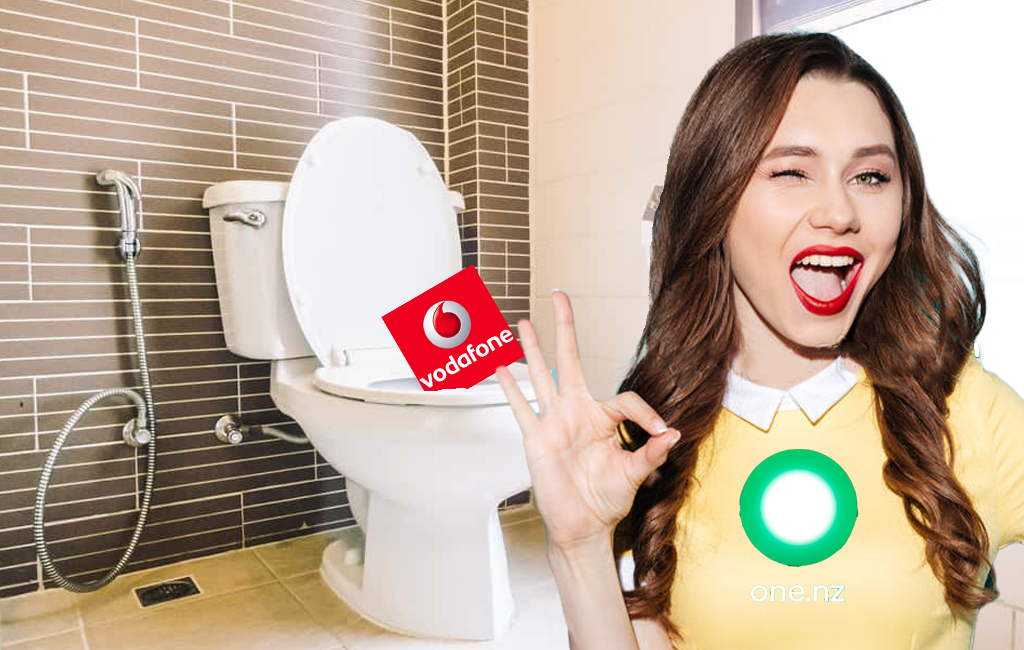 Vodafone, a very well known telecommunications company with a very recognisable name and logo, have decided the best strategy now is to trash all of that and start from scratch.

The phone and internet providers have given up the rights to their global brand name, Vodafone, and will now be known as “One New Zealand”.

Jolene Tuckey, the marketing director for Vodafone whose IQ must be over 150, says that the last thing they want is to be perceived as a well known, established and trustworthy brand. “Look, we tried the Vodafone name and branding and what did it get us? Name recognition and customer trust? Give me a break!

“That’s so 2019. Nowadays what every successful brand really wants is to be fresh, new and difficult to Google. Seriously, try googling ‘One New Zealand’. You’ll get nothing!,” she said triumphantly.

“And you’ll notice the logo is now green instead of red. Makes people subconsciously think we’re doing something about the climate. We’re not, but hey the colour change has given us an instant boost to our ESG score,” explained Ms Tuckey.

Whakataki based marketing guru Fabian Gonzalez believes that this re-brand is a bold strategy that he is noticing more of within the telecommunications industry. “It looks like this is a strategic move to create buzz around the brand. The key aim is to upset and annoy customers and members of the public alike.

“It’s all about getting people talking about the brand. And if they’re pissed off and aggravated, you can bet they’ll be talking a lot,” explained the part-time marketer and full-time novelty cake specialist.

“We saw it with Telecom a few years back now when they changed their name to ‘Spark’. Gee that annoyed a lot of retirees. A stroke of genius to change their name to something that sounds like it’s going to break down and stop working,” he said.

The Whakataki Times is predicting talkback radio stations will be working through the night fielding calls expressing abject disgust about Vodafone’s new direction.