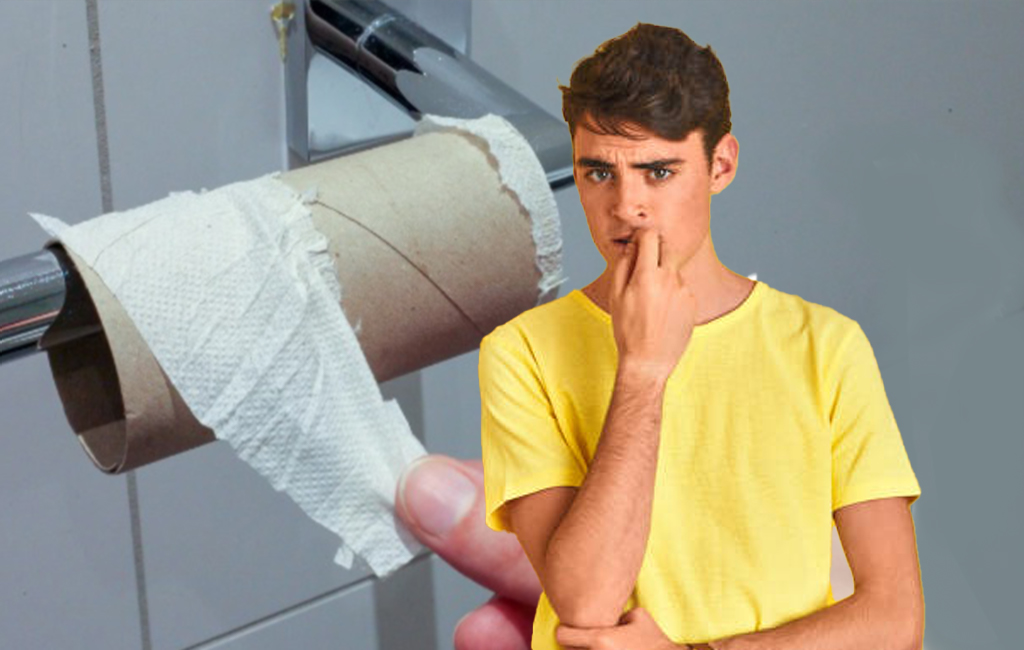 A group of five Massey University flatmates in Palmerston North are putting their brains to use for once during some trying times.

The friends, who are all aged between 19 and 20 years of age, in their second year at university, have been coming up with different ways to get by without toilet paper in the flat.

“Gee these will do, don’t ya think?” questioned 19 year-old Zane Carey, while holding up  what looked like unused election voting papers in a pile of mail.

“Yeah go on, but don’t use it all,” said Liam Rae, who was absent from lectures the past week and has been to the supermarket a handful of times where he could have helped with the toilet-paperless flat situation.

The dilemma at the flat has come about after it seemed nobody had the time or money to head to the supermarket. One could have taken it upon themselves just to get a cheap 12 pack of toilet paper, which would have benefited everyone.

Fellow flatmate George Boyce, 20, let out his frustration at the ongoing situation.

“Far out, why can’t someone around here get some toilet paper next time they’re at the bloody supermarket? We don’t even have any paper towels left” Boyce vented, not revealing he’d been present at the supermarket in the past six days.

“Weren’t you at the supermarket yesterday George?” Carey asked, safe in the knowledge that he most definitely had been.

Just when it appeared that all hope was lost, a man in an unmarked van pulled up and delivered the latest edition of a dying relic of a time before the internet… the “Yellow Pages”.