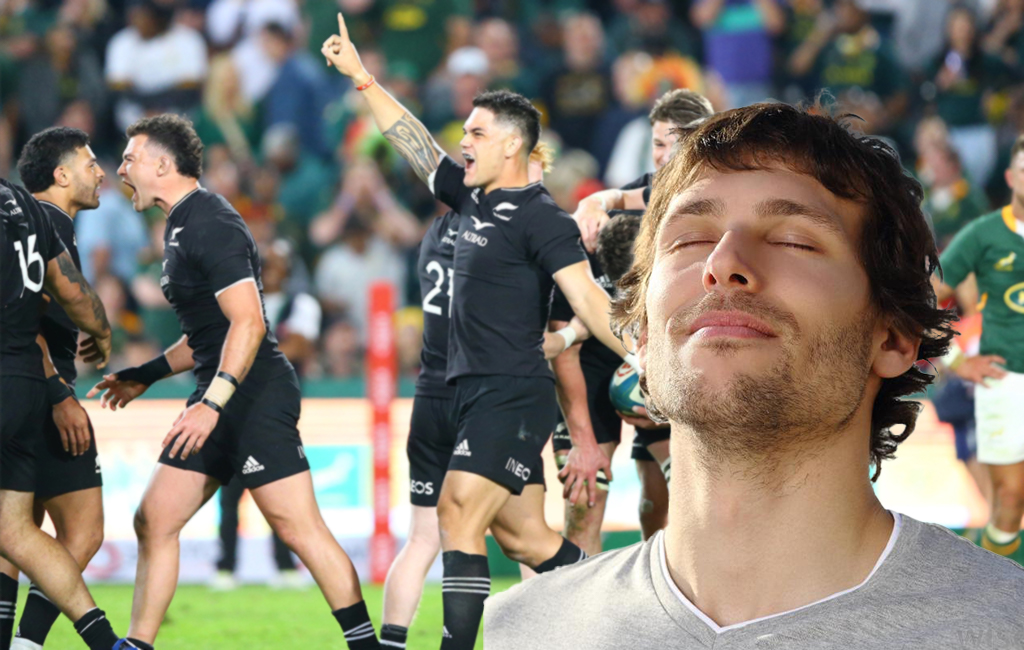 MOVING BACK TO NORMALITY

Self-described “middle New Zealander”, Isaac Barnham breezed through his Sunday today, with a feeling that maybe things were going to be okay after all.

It comes as the All Blacks silenced critics in their 35-23 win over South Africa – redemption for the players and coach. But for Barnham, the win meant a well overdue move back towards personal wellbeing.

“Dunno, I’ve just been feeling a bit off in the last couple of months, could never quite put my finger on it, but I’ve always known deep down that a losing All Blacks team couldn’t be helping”, said the reflective 32 year old.

The senior data analyst from Lower Hutt said the feeling of overall wellness came after watching the exciting match alone in his lounge in the suburb of Epuni. “I was fifty fifty about whether I even wanted to get up for this game. Didn’t rate our chances at all!

“Glad I did though. Could tell they wanted that one. How good was Mo’unga??” said the Hutt-based one-eyed Cantab.

“Honestly, didn’t the government do a whole ‘wellbeing budget’? Should’ve just funneled the money straight into NZ Rugby! That win’s done more for my mood than anything else this winter!

“I feel like I’ve got a new lease on life to be honest. Just keep thinking to myself – if the All Blacks can turn things around, so can I!” said the new optimist, who was now almost physically walking on sunshine.

Only hours after the result, Mr Barnham marched into his bedroom, got into his running gear and did a steady 5 k’s after a four month hiatus. “Gotta get back into it. Put in the mahi like the All Blacks have under all sorts of pressure. And Foster for that matter!”

As the Whakataki Times left the re-born man he informed us that he was about to iron all his shirts for the week and get his CV into better-looking shape.