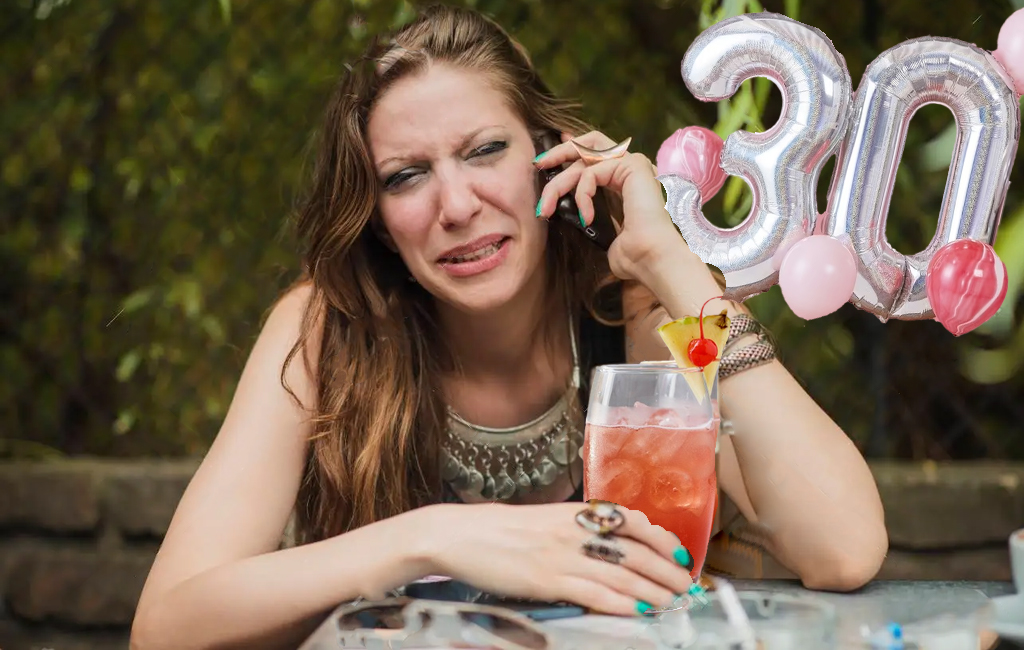 Despite expectations that her milestone 30th birthday would be cause for celebration, Collins instead marked her third decade on the planet with 48 hours of tantrums and petty name-calling.

Collins’ boyfriend, Dave – a kind-natured accountant whose willowy body appeared to quiver as he described the trauma of being called a “bum face poo head” and told to, “get out of my life.”

One source close to Collins believes her behaviour at birthday drinks on Saturday was a sign, “she can’t be as old as she says.” The anonymous source revealed that, “Caitlin literally cried when a bartender served our drinks in clear glass instead of the pink sparkly ones we’d seen behind the bar.”

The basis for the outburst? Caitlin had hinted three months ago that she wanted a confetti cake she’d seen on TikTok, not the chocolate gateaux Dave ordered as her celebratory dessert.

Glasses fogging up, Dave struggled to hold back tears as he attempted to recall additional examples of how Caitlin’s usually composed demeanour and emotional maturity deteriorated over the course of the weekend.

From instances of storming out of a restaurant, to breaking down in tears mid-way through a special birthday shopping trip, Dave said, “I felt I was watching her age in reverse, right before my eyes.”

Unable to coax further information from a distraught Dave, this reporter is left wondering: has Caitlin Collins found out the secret to staying young, or is she simply ageing disgracefully?