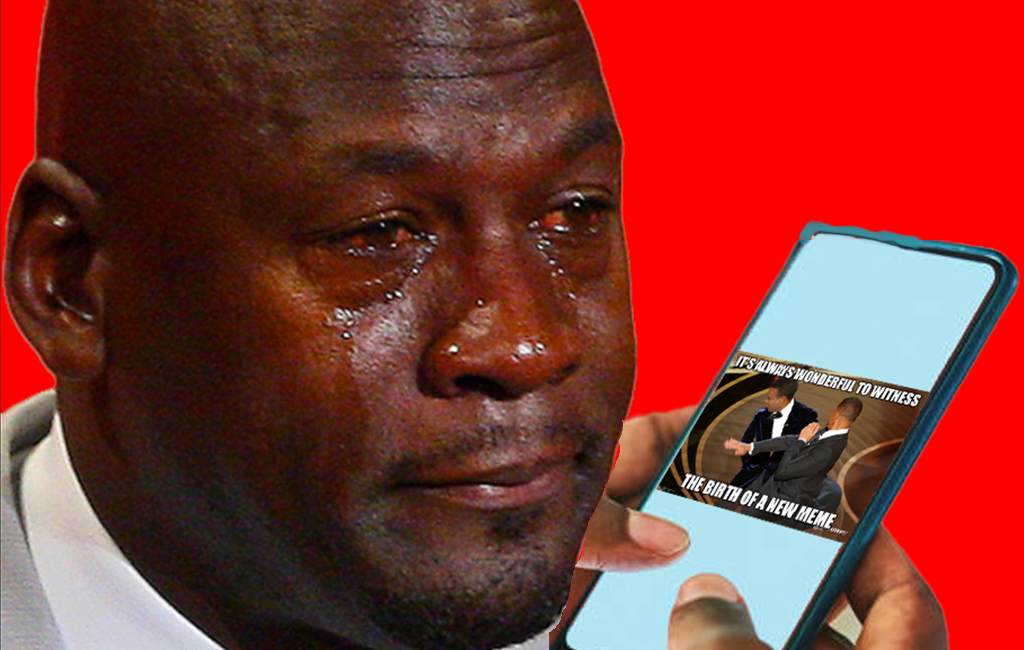 Michael Jordan, one of the most iconic athletes in history is quietly hopeful that there is one thing he won’t end up holding the title of. That being the ‘Greatest Meme Of All Time’ accolade.

The Whakataki Times reporters caught up with the former basketballer and meme icon at the basketball court of his Chicago home.

“Oh man, good to potentially be on the losing side for once,” laughed Jordan while shooting hoops in a Jordan #23 singlet.

“That crying face of mine is a symbol of defeat for the meme world-  and you know I hate losing! But I don’t mind losing the “most memorable meme” game,” said Jordan as he attempted a dunk from the free throw line like the old days.

The crying Jordan meme first started in 2009 when Jordan was giving an emotional speech during his Hall of Fame induction. It is usually used and superimposed with supporting text to suggest others have suffered misfortune.

“Usually it’d be used for the Oscars if Leonardo DiCaprio didn’t win an Oscar for something he should have, then they’d run that meme. But hey, glad to see Will Smith pushing me into some sort of retirement again.”

The Whakataki Times reporters asked Jordan what impact the meme would have in New Zealand.

“I’ve seen it used down your guys’ way quite a bit over the past 24 hours already. The Warriors huh? Their year? A championship? Ha! Come slap me in the face if that ever happens.”