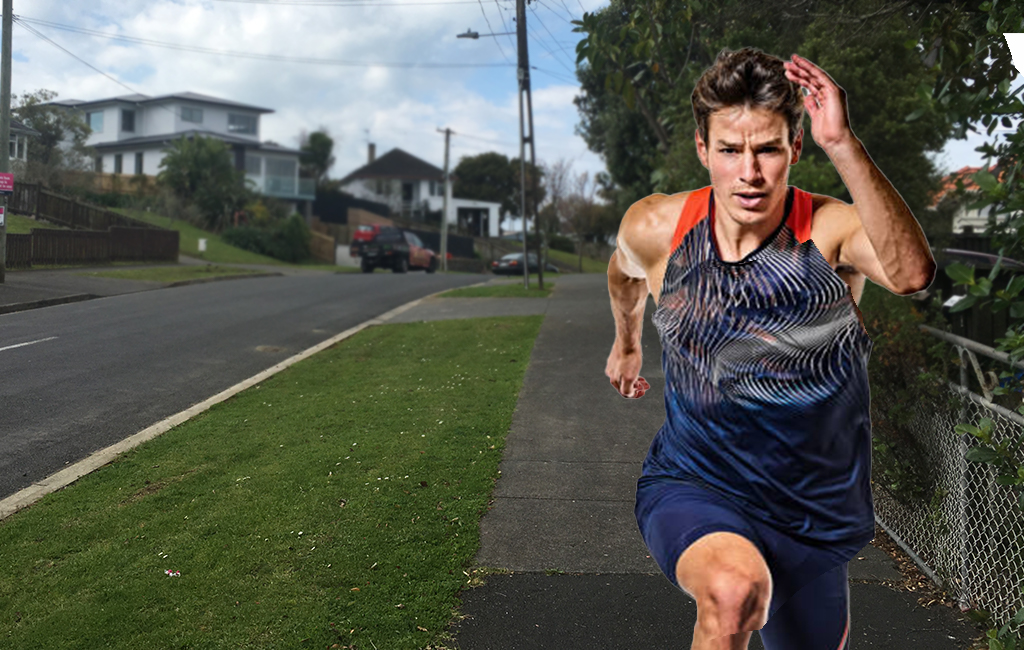 Sporadic fitness enthusiast Reese Kearns has put on an unexpected spurt of enthusiasm at the end of his run this morning, pinning the ears back and romping home over the final 100 metres.

After getting a shock earlier in the week to find that he had effortlessly put on a lazy three kilos over winter, Kearns decided that enough is enough and that it’s time to hit the pavement again.

“Yeah, saw the number on the scales and got a real fright. Just been a bit too cold and wet lately to find motivation I suppose so yeah it was good to get back on track,” said the Whakataki-based marketing professional.

“That run this morning was actually my second for the week after that bathroom scales incident, so I’ve started well. Anyway, was just coming round the final corner and about to hit that final straight and I thought, ‘right, finish strong Reesey, dig deep buddy’.

“So my ears pinned back, my chin went up and I just went for it like I’d managed an intercept at my own 22. Must’ve looked like a madman or like I’d just committed a crime or something!

“Luckily it was quite early, so not too many people out and about. Didn’t want to cause a public panic in the neighbourhood.”

When asked what his time was and what distance he’d been running, Kearns’ details suddenly became more vague and hazy. “Look it’s my first week back, it was a couple of blocks so don’t know how far it was, probably not that far to be fair.

“And yeah, didn’t time it either, just wanted to finish strong. Had a bit of gas left in the tank, didn’t make sense to save it,” said the local legend.

Mr Kearns was adamant that he can keep up the healthy habit of running a few times per week, and said that at this rate he can’t afford not to.

“The scales don’t lie mate, the number’s always a shock when you see it but it makes you remember back and just realise that yup, I’ve been a lazy bugger. Time for a change.”