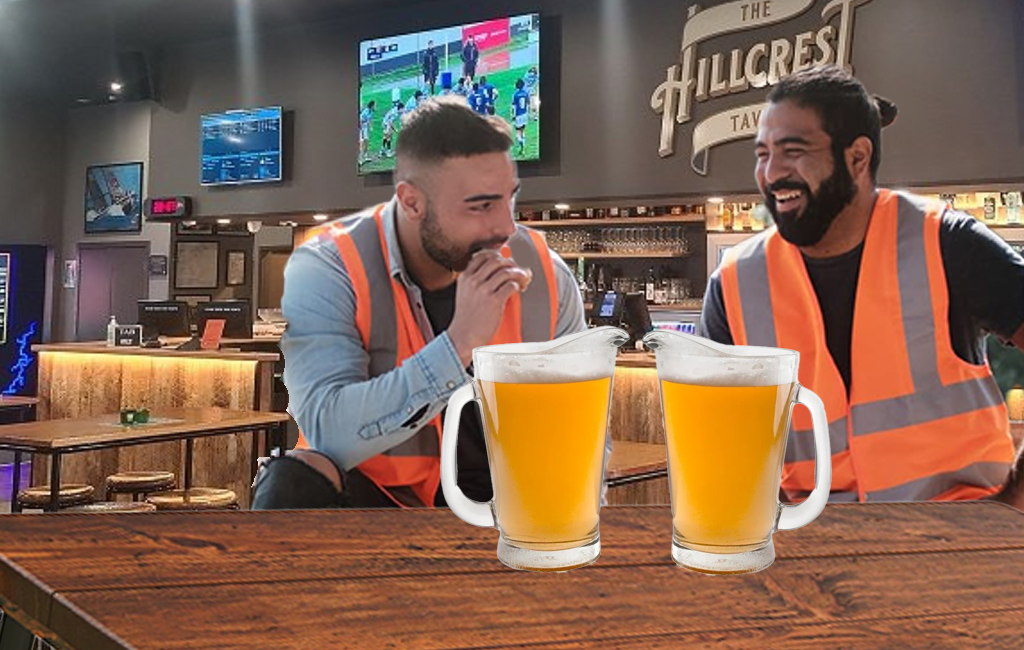 Mitch Fletcher couldn’t wait to hit his local watering hole with his tradie co-workers this afternoon.

The Hamilton tradies usually reserve their trip to the Hillcrest Tavern for Friday afternoons, but after the Labour Government’s second cost of living payment entered their bank accounts this afternoon, it was a no-brainer to get stuck into a few cold ones on the first day of Spring.

“My shout today boys!” yelled Mitch to his coworkers Kaide and Josh, which was met with a rapture of laughter.

“Haha, oh here he is, big guy rolling in it now he’s got Cindy’s fun bucks! Hey Mitch don’t worry about it mate, I’ll get the first round if ya want!” replied Kaide, who was also met with a barrage of laughs.

By this stage the endorphins going through all three tradies were through the roof. With the $116.67 safely in their accounts the boys had nothing better to do with the free cash except throwing it down on a few jugs at their local.

Our reporters spoke to one of the other tradies, Josh.

“Gee it’s good to see a smile on the lads’ faces. Even more impressed to see Mitch actually offer up a shout for once! Usually he’s the one trying to make excuses on a Friday to get out of it. But it’s a bloody Thursday, haven’t seen anything like it!”

As our reporters entered the Hillcrest Tavern, they could see all three up at the bar grabbing their first jug, along with $20 cash out for the pokies.