NATIONAL STILL AHEAD IN THE POLLS: Hosking Jumps In The Maserati And Boosts Into Work Ten Hours Early 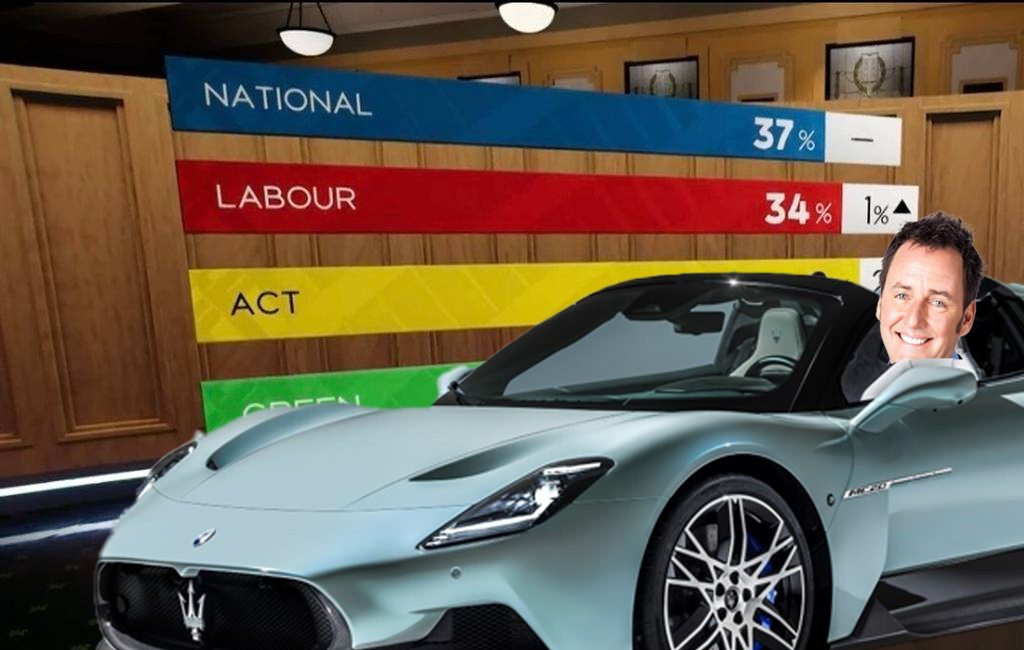 CAN’T WAIT FOR THE CALLERS

It was like Christmas morning in September for Newstalk ZB talkback host Mike Hosking tonight.

The popular broadcaster was overcome with excitement after seeing another very favourable TVNZ 1 News Kantar Poll for National, so much so that he decided to head straight to the NZME studios and take calls from listeners who were likely going to agree with him that it was time for a change in Government.

“Look don’t worry, I’ll do the graveyard shift overnight and my regular breakfast slot too. Now has anyone seen my Jimmy Choo’s?” Hosking said before grabbing the keys to his Maserati.

Hosking’s optimism comes after he found out that National and Act could still form a Government together after tonight’s 1News Kantar Poll, which shows National on 37 per cent, the same result in August, while Act was on 9 per cent, down 2.

Arriving at the studios Hosking took his first call.

“Tonight’s poll Janet, is this the dagger for Jacinda Ardern and her Labour Government?” Hosking asked her, full of energy.

Observing the morning host in the studio was intern Maddy Wakefield, 21, who is usually one of the very few in the Newstalk ZB studios during the evenings. She was surprised to see Hosking come this late, not to mention the fact that he actually acknowledged her on the way in.

“It was so weird, he had this beaming smile on his face, which I rarely see. I mean usually when I see him it’s around three in the morning when I’m still doing my graveyard shift, but then I heard that National and Act could govern alone, so I put two and two together.”

Hosking was last seen with a very large, very functional looking long black coffee ahead of a long night on the airwaves.