NEAR MISS: Biden Narrowly Avoids Dying Of Old Age While Talking To Ardern 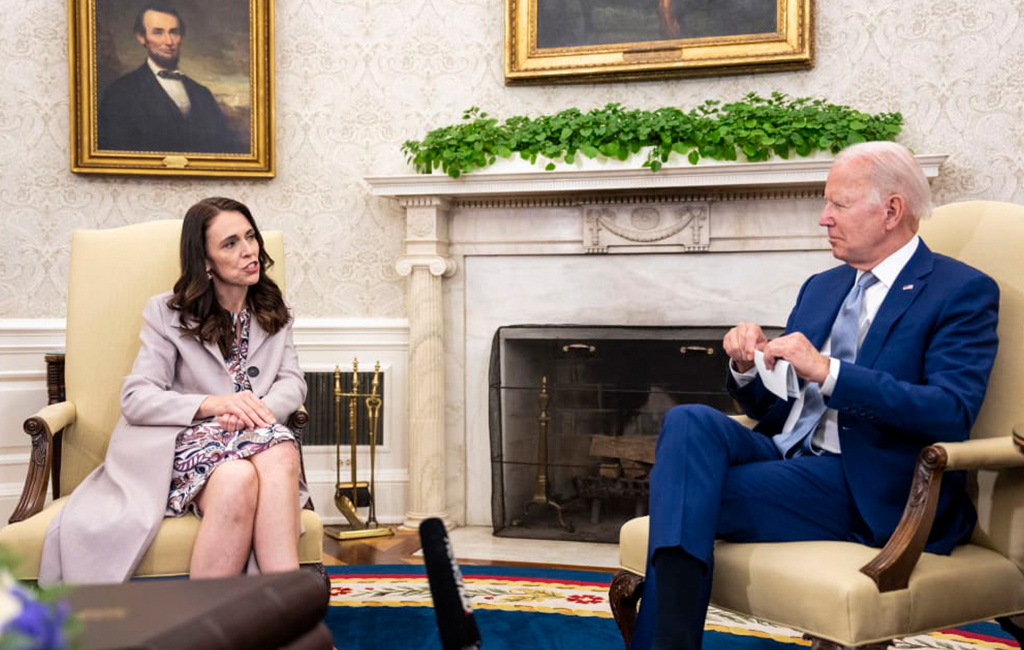 US President Joe Biden is a man lucky to be alive today.

Biden’s near death experience came after getting a taste of how excruciating it is to listen to New Zealand Prime Minister Jacinda Ardern get to the point of whatever it is she’s saying.

The NZ public will sympathise with Biden, having sat through far too many of the prime minister’s meandering afternoon covid briefings. Like most New Zealand politicians, the ability to give a straight answer or make a concise point is not part of the PM’s skillset.

Biden, who began the sitdown with the PM aged 79, frighteningly emerged from the Oval Office looking like he was approaching 100.

“Wrinkles started to appear in places they weren’t before and all of a sudden my face was starting to look more like the outline of a skull than the face of a living person,” a very frail Biden told the Whakataki Times reporters.

The nauseating meeting, which to the surprise of nobody went 30 minutes over its scheduled time, looked to have aged Biden another decade.

“It just felt like whatever she was trying to say was coming out in slow motion. It was more like an out of body experience and she unnecessarily took so long to say anything of substance. I felt like I was aging a year at a time by the minute!”

“She also kept saying the phrase ”Our team of five million”, which nearly made me have a turn in itself. Those poor people in New Zealand have to put up with such gibberish!” croaked the 46th American President.

White House Press Secretary Karine Jean-Pierre, who was close to organising funeral plans for the President, explained what she witnessed.

“Jacinda just seemed to take forever to get to the point. All of a sudden I’m looking over at Joe and it looked like he was in his late 90s and nearly on his deathbed. Even I feel like I’ve aged a day just from witnessing it.”

The Whakataki Times reporters opted not to seek comment from Prime Minister Ardern due to deadline pressures.