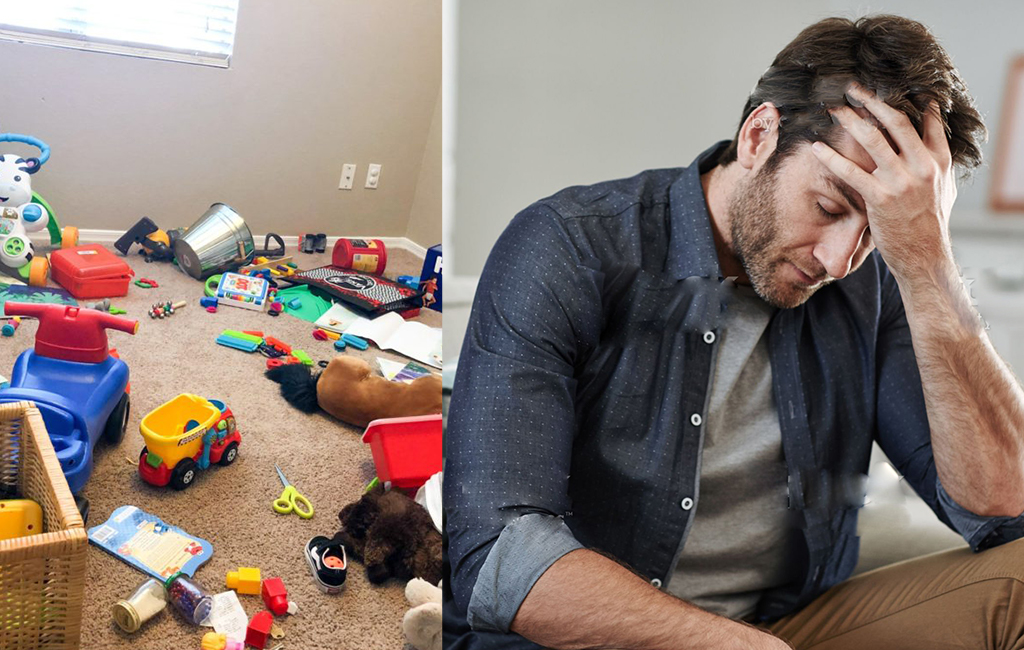 GIVEN UP THE WILL TO LIVE

Local project manager Matthew Haughton has begun to realise exactly what it means to be a new father, having recently accepted an infuriating level of mess as ‘the new normal’.

“Ah well, I guess this is just my life now”, sighed the broken man.

In his professional capacity as a project manager, Haughton is used to maintaining a high standard of orderliness, to make sure that his projects are delivered on time. But as a father of a 1 year old boy, he has given up the will to keep fighting against the chaos that his offspring brings to the household.

“Ever since he started walking around and getting things out to play with, it’s been a struggle. At first I was putting all the toys away each night, and then every second night, but eventually my partner and I just agreed that the floor is a logical place for toys to be at all times,” said the 31 year old, sleep-deprived shell of a human being.

“Now we’re just waiting for the day that the boy’s old enough to learn how to form a routine of picking up his things and putting them away. But realistically by that time, number 2 child will be arriving into the world, who will create just as much mess.”

“So I estimate that we’re basically fucked for the next 7 years at least”, exclaimed the former amateur sportsman with a functioning social life.

The Whakataki Times can confirm that the state of Matthew Haughton’s home was bordering on unliveable, after our photographer injured her ankle tripping on a toy digger, making for an interesting read on her ACC claim.