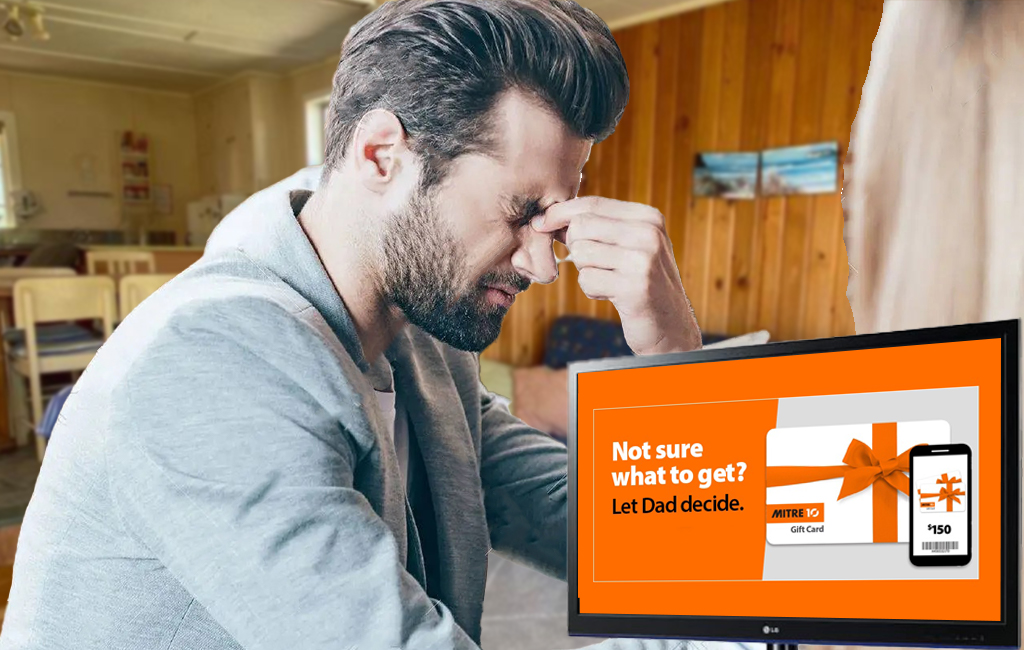 Aidan Jacobs, father to two month old Noah, has passed through his first Fathers’ Day as a new dad without actually noticing it was happening.

Still getting used to the idea that he is now required to operate as a human being without sleep (due to babies waking up and screaming multiple times each night), the man had surprisingly noticed a Mitre 10 Fathers’ Day ad on TV a week beforehand.

“Now that you say this, I do vaguely remember seeing something about Father’s Day a few days back,” he recalled in a zombie-like monotone.

“Yeah I saw an ad for a drill or a lawnmower or something and I just remember saying to Katy, ‘all I want for Father’s Day is a sleep in.

“It was a comment I made as a joke, as we both know that a sleep in is never going to happen, not for at least six more months probably,” he explained mournfully.

“I am now in a constant state of confused exhaustion, often not knowing what day of the week it is, and having very little energy or concentration to contribute anything of value at work.

“Often I’ll be in the office in the morning and then look up from my desk at some point and see that it’s nearly four o’clock. Great long chunks of time just seem to vanish from my memory. And it happens in the weekend too.

“For example, it is now 7.27 pm, and I have just been informed that today is in fact Father’s Day. I had no idea,” explained the potential movie extra for the next big zombie apocalypse film.

“My everyday reality has taken on a dream-like quality, where I no longer have any use for the concept of time itself, and I am never sure whether I am in fact awake and experiencing reality, or asleep and dreaming”.

The Whakataki Times can confirm that although Mr Jacobs eventually found out that today was Fathers’ Day, his wife Katy who was even more sleep deprived, certainly had not bought him a present.

And neither of them got a sleep in.