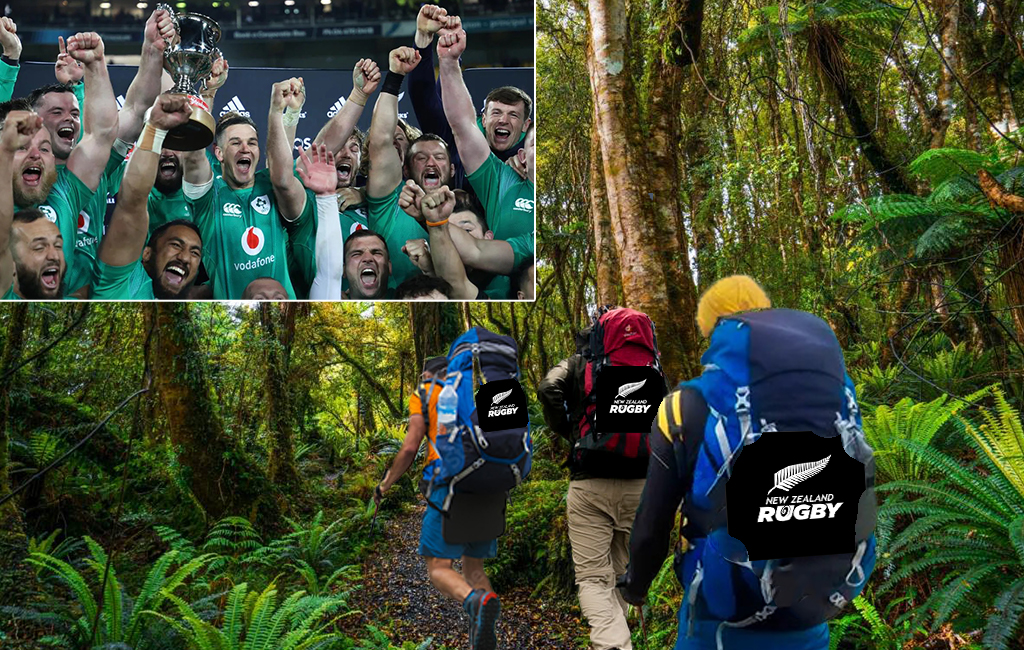 IT’S FINE, EVERYTHING IS FINE!

Following the All Blacks historic test series loss to Ireland, the NZRU leadership have made a timely trip to Stewart Island for a bit of an outdoors experience, a move that they believe is “well overdue” and not at all avoiding the obvious issue at hand.

The sudden urge to “get away from it all” came in tandem with the decision to cancel this morning’s media session.

NZRU Chief Executive Mark Robinson was dressed in full outdoor tramping gear when he was quizzed by the Whakataki Times reporters about how things were going for him and his organisation at the moment.

“Fantastic, absolutely fine. A great organisation and a great rugby team we’ve got going at the moment. The coach is doing a great job as well,” Robinson replied, not acknowledging that the team he oversees has now lost four of their last five test matches, and look worse than they did before the appointment of coach Ian Foster three years ago.

Robinson was then quizzed on why he decided to head to the small remote island with a population of around 400 the day after the All Blacks’ historic home series defeat.

“We’ve all been so busy lately, sometimes it’s good to get a well earned break. I’ve been working really hard to make sure our top team is where it needs to be and that we’ve got the right men for the job,” said Robinson, ignoring the fact that he was the one who appointed the under-fire Foster, despite an extremely successful coach in Scott Robertson being very available for the job.

Another executive who was part of Robinson’s walking group chimed in.

“Yeah it’s really great working for NZ Rugby, we are always going really well. No disquiet or anything within our organisation. Really looking forward to us lifting the Rugby World Cup next year!” said the unnamed executive, who is seemingly detached from reality if they think the All Blacks will be lifting the William Webb Ellis trophy in 2023 at this current rate.

In other news, the Whakataki Times can confirm that Razor Robertson’s phone has been turned up to “max volume + vibrate”.