NOT AGAIN! NZ Rugby Double-Books Itself For Friday Drinks 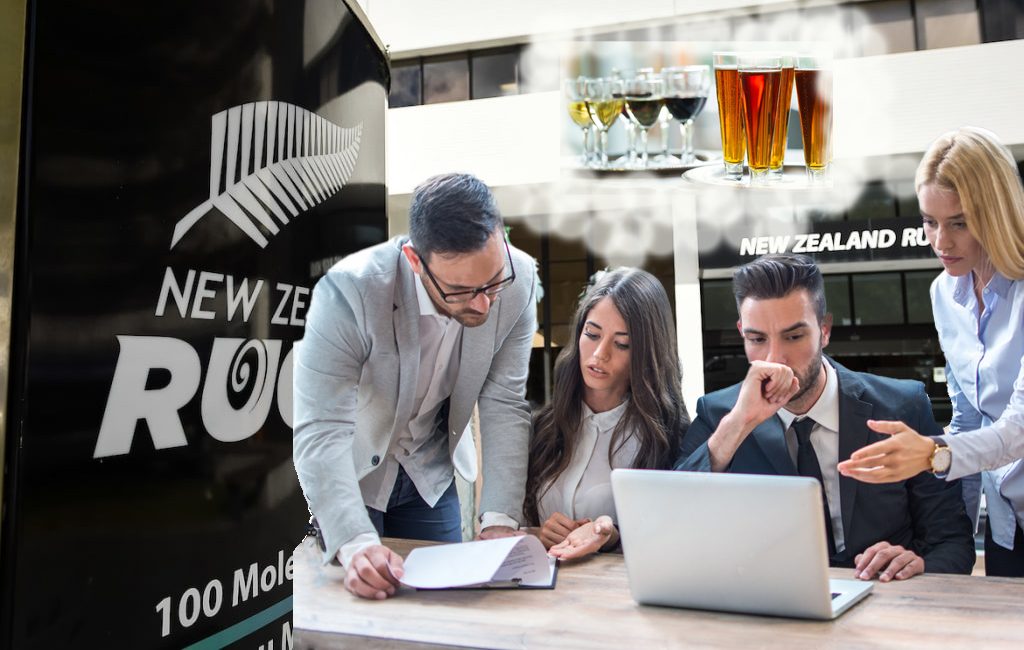 New Zealand Rugby have found themselves in a bit of a conundrum.

The Wellington based rugby executives have had drinks booked in at Dockside with the All Blacks jersey sponsor Alrad for a couple of months, but totally forgotten they’d recently decided to have drinks with Adidas at Foxglove on the same night.

Our reporters caught up with the brains trust of our national game at NZR headquarters.

“Hi guys, well our drinks with Altrad are at 6:50pm, but it totally slipped my mind about our drinks with Adidas as well. Same day and pretty much similar time. Going to be hard to be in two places at once I think,” said the unnamed male executive, opening up his diary for the first time in a while.

A female executive who only went by the name of Rochelle, expressed her thoughts.

“I’m not sure what drinks I’d like to go to more, I mean Dockside is a great bar and Altrad have only just come on board with us. But Adidas have been so loyal to us and I haven’t been to Foxglove in ages. I love their upstairs balcony too!” said Rochelle, while still not committing to one or the other.

Another unnamed NZR exec then provided some sort of logical solution.

“Well we might just have to go with two different groups to each of the drinks. But I think we can actually see Dockside from the Foxglove balcony. So maybe we just wave out at the Adidas execs over the water, which is kinda doing two things at once I guess.”

When our reporters pressed them for what their Saturday evening plans were, they mentioned they would be watching ‘a rugby game’.