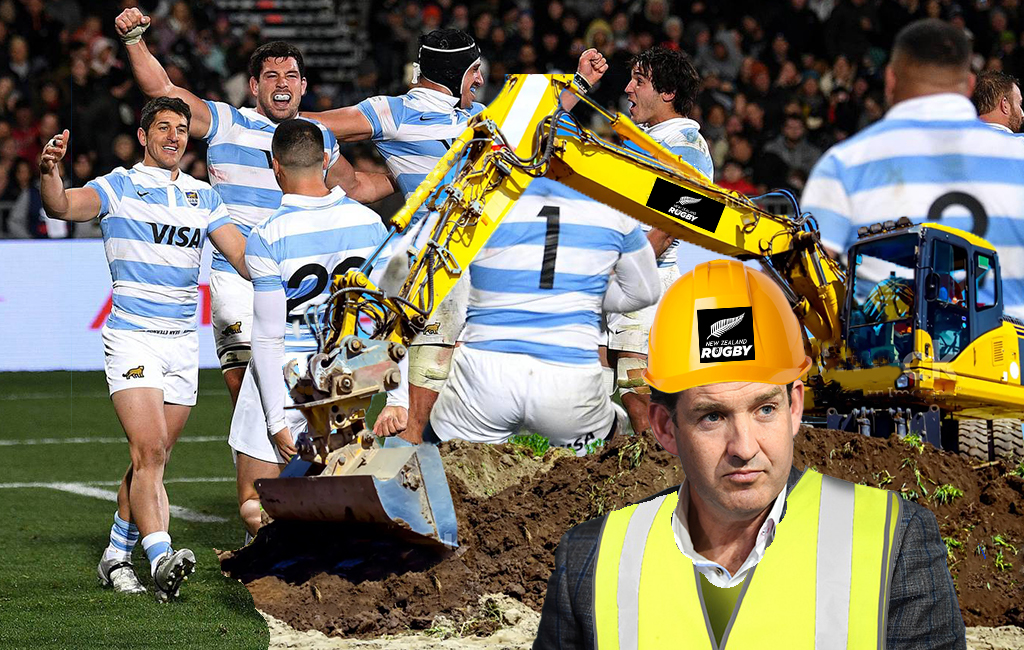 New Zealand Rugby has decided that change is needed.

Not a change of All Blacks head coach, nothing like that. NZR are now thinking of becoming an excavating contractor given their recent experience in digging holes to a very high standard.

Our reporters spoke to NZR Chief Executive Mark Robinson who was driving a big yellow digger.

“Gee, I don’t think we’d be too bad at this. We’ve dug a pretty big hole by endorsing coach Ian Foster through to next year’s World Cup and it’s getting even bigger with last night’s historic home loss to Argentina,” Robinson said, digging deeper into the ground on his digger.

In fact, NZ Rugby would certainly be well equipped to do well in the earthworks industry as they know digging holes better than anyone at the moment. The All Blacks latest defeat comes just days after Robinson and the NZR board decided to back Foster, a coach who has overseen the All Blacks go on to lose six of their last eight test matches.

NZ Rugby are now effectively stuck with an underperforming coach until the end of the 2023 Rugby World Cup.

“I mean, what you can see with the whole Foster fiasco was something we thought, well, we’ve started digging, so we’ll just keep going. I mean, the pointless reviews and the decision to stick with him, and to have it backfire right in our faces a week later. An absolute masterstroke!”

Robinson also ensured the hole the All Blacks and NZ Rugby are in reached new depths creating a situation where the only situation where Foster would go is if he resigns himself.

“We’ve made the hole even bigger by basically saying we will back him regardless of results. We just thought, well, surely he can’t rack up too many more losses? Surely they’ll get past Argentina in Christchurch? Ah well. Can it get much worse? We’re gonna retain the Bledisloe Cup right?”