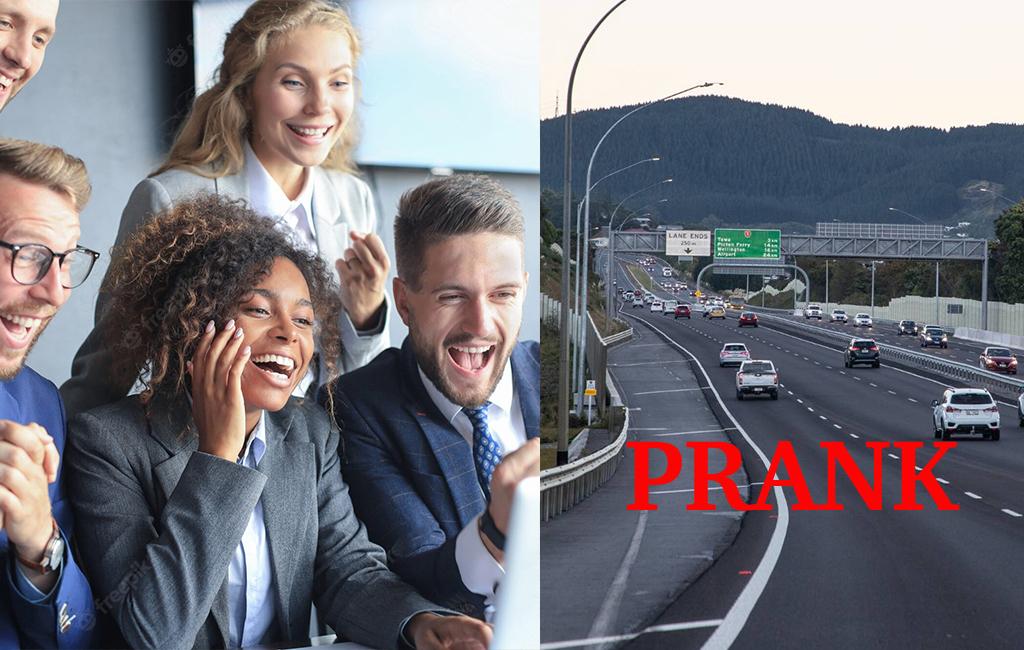 The New Zealand Transport Agency has confirmed that yesterday’s “opening” of Transmission Gully after years of delays, was indeed a premature April Fools prank.

NZTA spokesperson Jonathan Davies has explained that the overdue 27-kilometre project, allegedly “completed” two days ago, will in fact remain very much closed and several years behind schedule.

“We thought we’d try to match the all time great April Fools pranks, like the classic ‘fake pregnancy’, the ‘prominent sports person retiring’, or even the ‘long-term couple break up’”, said the tickled administrator who has just annoyed thousands of people.

“Tell you what, it was expensive to pay all those actors to say how much they loved the new drive, and we blew the computer graphics budget to create the images of cars using the road.”

“It is now at a state where the news is now completly indistinguishable from satire and pranks,” Collins explained with concern.

The Whakataki Times has yet to receive a response from the Prime Minister’s office about whether Ardern was actually present at the opening ceremony two days ago, or if that Prime Minister was also computer-generated.