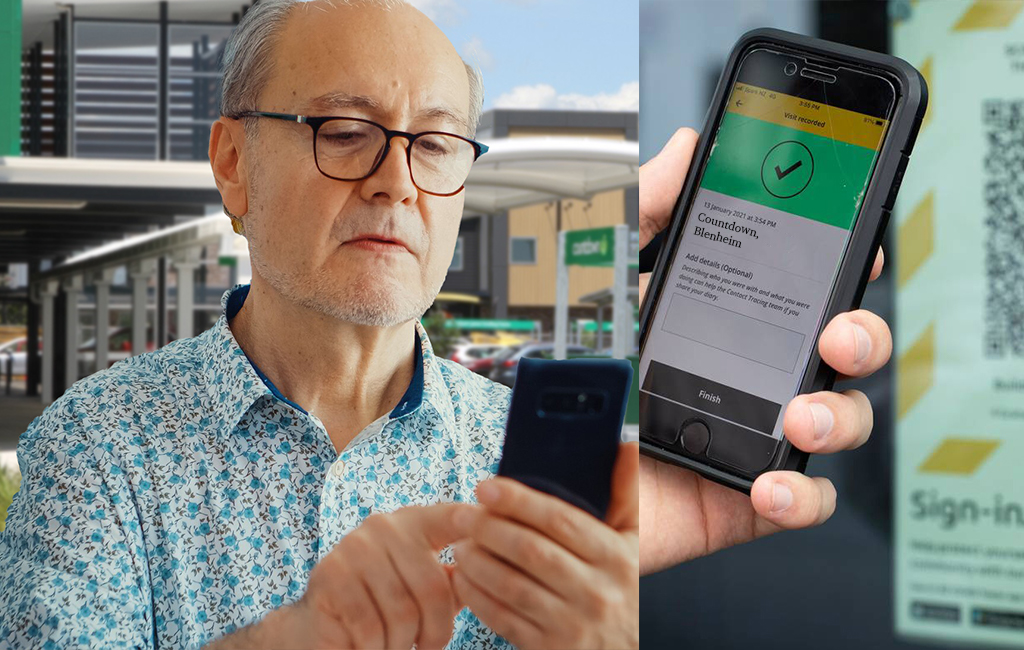 Dennis Kemp, 68, could not be stopped from doing what he loves the most today.

The Blenhiem retiree was unnecessarily scanning in to all places he visited via his New Zealand Covid tracer app, despite the Government removing the requirement to do so and contact tracing stopping well over a month ago .

“Well you never know when the Ministry of Health will publish this place as a location of interest. They may need to get in touch with me,” Kemp said as he practised his religious routine.

Before reporters could explain that no such requirements or regulations like the ones he mentioned were in place, he fired off again.

“I just want to maintain my own type of diary. Often I’ll open up the app at night and see where I’ve been throughout the day, you never know when I’m going to have to recall my whereabouts to the Ministry,” Kemp explained after unsuccessfully scanning in on his fourth attempt on his iPhone 3.

Tim Andrews, 23, a grocery assistant at Countdown, explained the general annoyance someone like the retired Kemp has been.

“It’s pretty time consuming for us. Often we’ll have to help him scan in as he can’t seem to line up the barcode with his phone. Then we’ll have to put the clipboard with a pen out as sometimes he wants to manually sign in too. His name is the only one there and it’s on there seven times!”

After finally registering his whereabouts via the app after what seemed like his tenth attempt, Kemp then reached down for the pen and paper manual sign-in form to double-down, which was somehow for his own record-keeping.