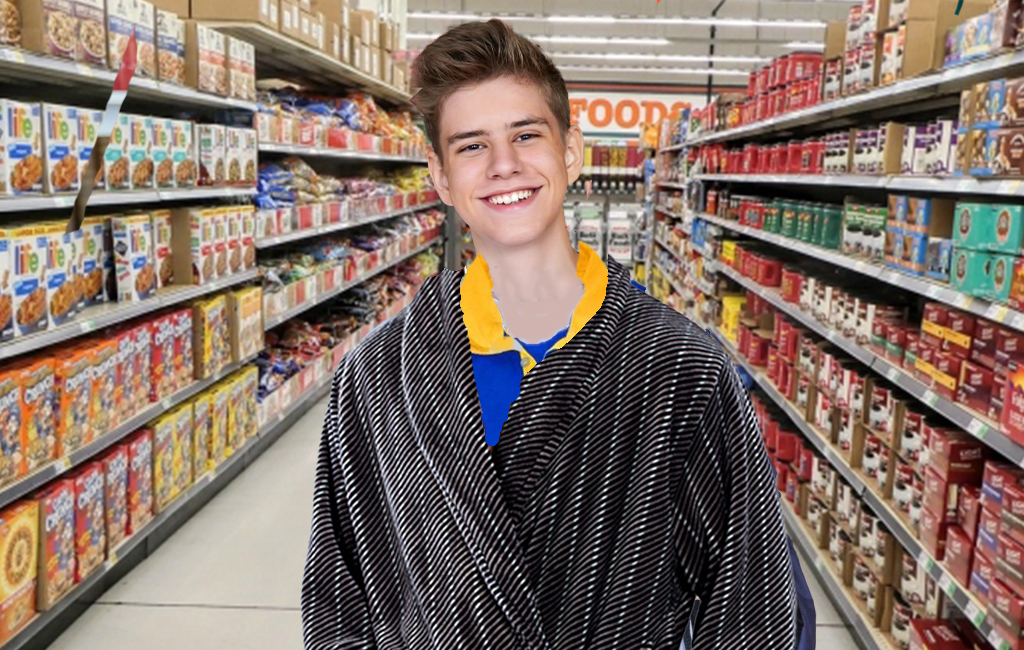 Matt Whiting has so far done absolutely nothing but sit inside his freezing Castle Street flat all day.

Procrastinating with his studies, the 20 year-old second year health-science student finally mustered up the courage to do something meaningful, albeit heading into the evening.

But like his studies, he put it off until 8pm, when it was a bit more socially acceptable to be seen in PJs and a dressing gown inside the supermarket.

“Usually I’m just rocking the CCC stubbies and jandals during the day when I’m out, despite it being minus 3. But I don’t want to look too much like a piece of crap in the middle of the day in my PJs, so I usually wait until after eight to be seen out with them on,” Whiting said inside his rundown flat where cardboard was taped over a broken window.

Whiting, who didn’t really even know what day it was after skipping multiple days of lectures in a row, explained his attire to our reporters.

“Well as you can see already, I’ve just got the PJ pants which I’ve been wearing all day, The Otago jersey as per usual, and this dressing gown. Oh plus these slippers,” he explained as he began to walk out the door.

Our reporters had a list of questions about what groceries items he would be stocking up on with his student allowance which had just landed in his account.

“Well I need the essentials being noodles and some Budget white bread, but have to be frugal as I need to stop by the liquor store on the way back and pick up a crate of Speight’s as well.”