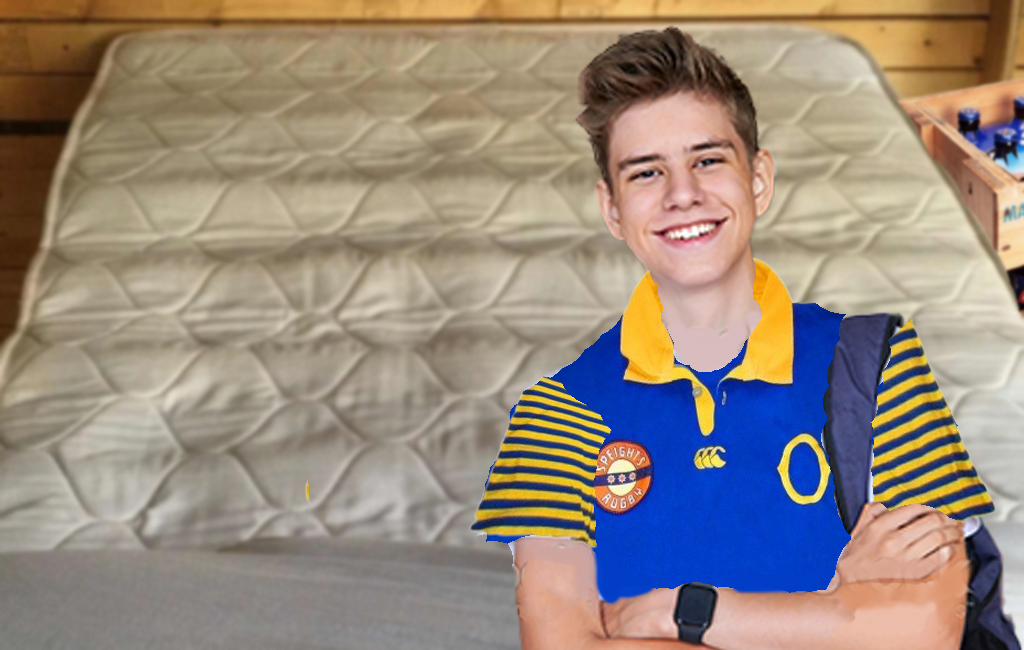 Cam McIntyre, 20, had the best of intentions over the weekend.

The second-year sport and exercise science student at the University of Otago, decided he would wash his bed sheets on Saturday morning, something to make him feel a bit better about life after deleting the best part of 12 swappa crate bottles the night before.

“Had to do something to make me feel more human again. I hadn’t really done it… well, at all, since Mum brought me some new sheets before O-Week,” said a groggy McIntyre, who was sporting a well worn Otago jersey, which has been washed about as many times as his sheets have.

But by the time he got round to this life admin it was 5pm on Sunday, and he had just woken up with another earth-shattering hangover. Naturally he failed to fully dry them in his gloomy Castle Street flat.

As a result, he has now been sleeping on a sheetless mattress for the past three nights under a grimy duvet.

“Yeah she’s a bit cold down these ways this time of year and not much sun on our flat. Not too much warmer inside either. In fact it’s probably warmer outside than inside most days,” McIntyre said to our reporters, while pointing at a cardboard Speights box covering a broken window inside his bedroom.

As his six person flat has no dryer, McIntyre has just unevenly tossed his sheets over a white clothes horse in the lounge, which often has its curtains drawn to keep whatever heat there is in.

Compounding matters, none of the six tenants are ever up before midday to open the curtains and let small rays of sunlight in.

It remains to be seen whether Cam will get to sleep on some fresh sheets for the week ahead.