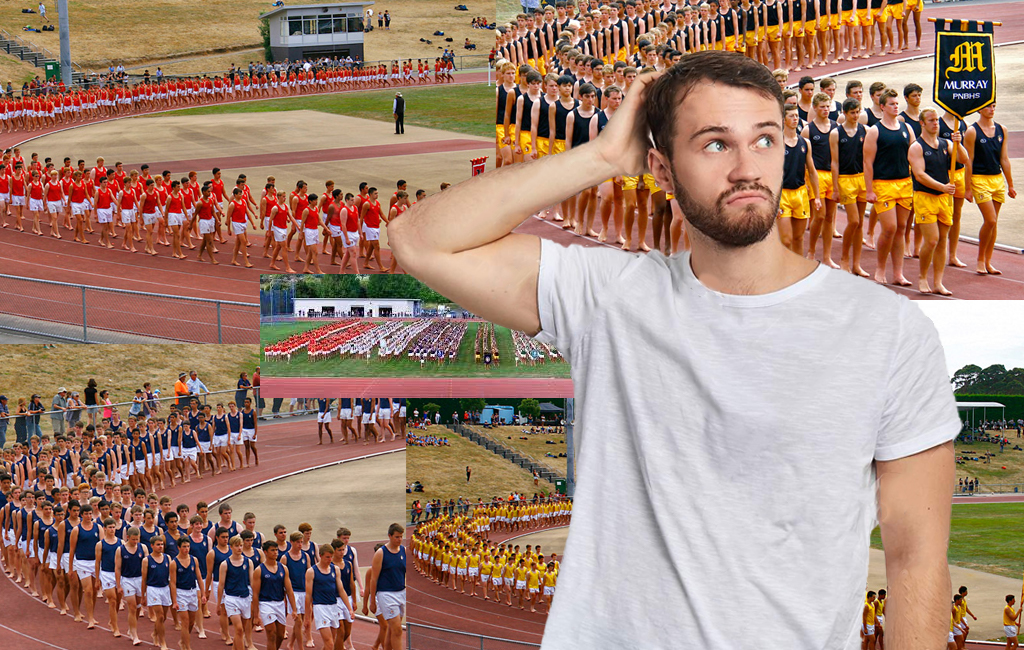 SEEMED NORMAL AT THE TIME

“So you know school athletics day right? You would have had them at your high school ay?” asked Fisher in an attempt to provide context to Jolene Graham, a marketing professional that he worked with.

“At the end of the main part of athletics, at Palmy Boys, we all lined up in our clubs (you might have called them houses), and then you just march in time around the athletics track,” he said, as if this were a completely normal thing that a whole school of 1600+ students would do together.

Ms. Graham, unconvinced by Mr Fisher’s story, had a few questions that needed to be answered. “So everyone had to just… do this? I don’t really understand why anyone would go along with that.

“Like, did you have to do it? Were there teachers there yelling at you and making you line up to pointlessly march around the athletics track?” she asked, perplexed that something like this was still happening in New Zealand in 2022.

“Nah not really. You just kinda did it, haha. Seemed normal because everyone was doing it. Bit weird thinking about it now ay,” he admitted with a wry smile.

“So just to give you some perspective, this was something that was actually happening to everyone at Palmerston North Boys High School. We’d be out on the school field in the weeks leading up to athletics day, practicing marching.

“Everyone just split up into their clubs, lined up, and began walking in unison while someone at the front yelled ‘Left. Left. Left, right, left’. Defies belief doesn’t it?” explained the man who was proud of the school he went to, but now reluctantly admits that marching was actually quite weird.

“But every school probably has weird things like that right?” he asked his workmate. As he looked expectantly to Ms. Graham for some kind of reassurance, all hope was dashed with a silent, expressionless shake of her head.