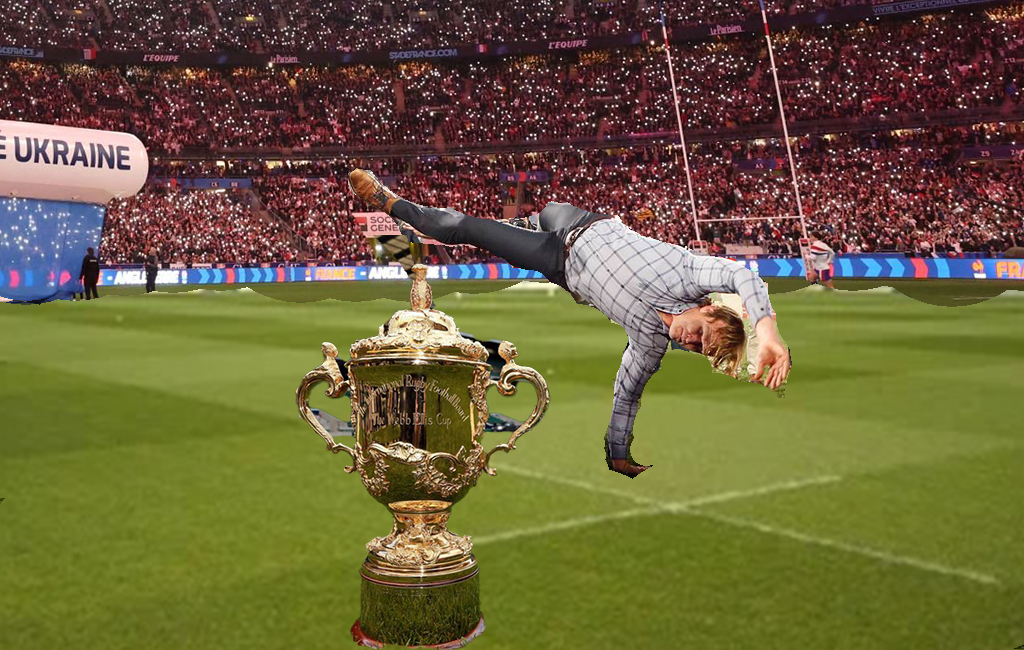 The New Zealand Rugby Union has officially been put on notice today.

That’s after Crusaders supercoach Scott ‘Razor’ Robertson said in an interview that he is completely open to offers from rival countries and wants to win multiple Rugby World Cups with them.

But if that wasn’t enough to stir the pot at an organisation who seems hellbent on not hiring the best rugby coach in the world, the point was clearly laid out to them via a photoshopped picture sent anonymously to the under-fire organisation.

It was just another reminder that clearly illustrated to them that it’s still not too late to simply sack All Blacks head coach Ian Foster, and replace him with someone actually capable of winning a rugby game.

The Whakataki Times quizzed NZRU management on the picture, which plainly illustrates how good it would be come October 21st 2023, for the All Blacks to win the Rugby World Cup final at the Stade de France in Paris, with Razor break dancing in front of the William Webb Ellis trophy.

“Gee looks great doesn’t it? But I’m sure everyone is over that and just a post match interview from Ian Foster would suffice,” said an unnamed NZRU executive, oblivious to the fact that a deadpan interview from Foster is simply not what people actually want, nor will they ever get as the All Blacks will definitely not win the RWC.

“Look, it’s a long way off. There’s room for improvement, but look at how well we’ve done! Everyone is happy with us sacking the two assistant coaches right?” he continued to explain, ignorant to the fact that the head coach Ian Foster is the overgrown tumour that the All Blacks have gone backwards under, losing four of their last five test matches.

As our reporters sought more answers from NZ Rugby, their interview was cut short by a media advisor, who decided that our reporters were being too mean by asking very normal questions to a failing organisation and head coach.

The picture was then promptly destroyed by NZ Rugby management.