“PRIME MINISTER RESIGNS”: Local Farmer Disappointed That The Headline He Read Was Just Talking About Boris 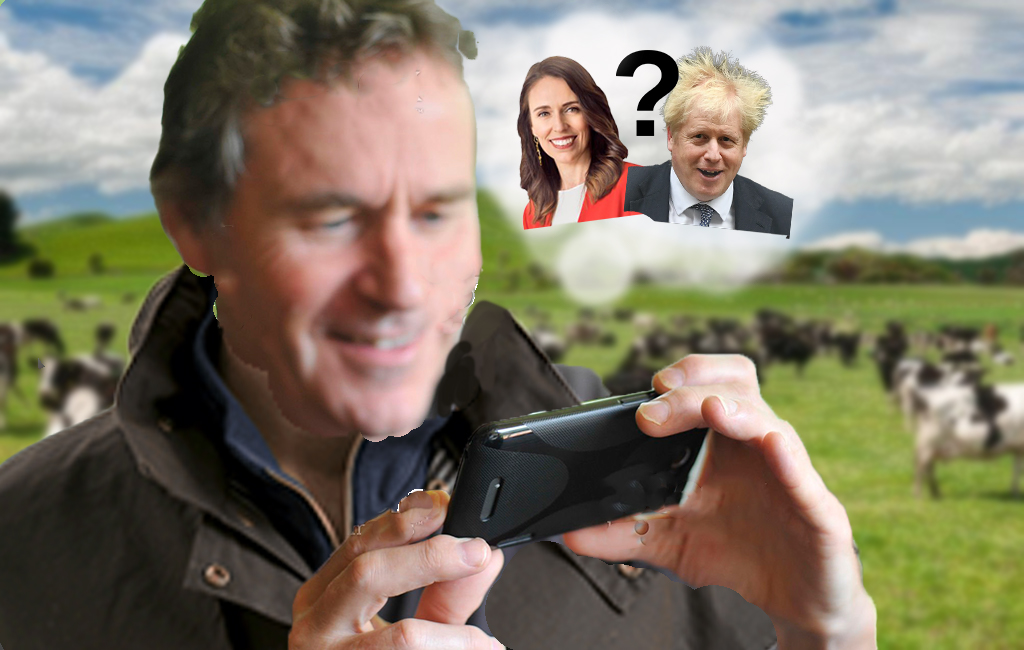 SURELY NOT MUCH LONGER NOW

Whakataki dairy farmer Daryl McMaster got his hopes up momentarily this morning, when he misinterpreted a headline coming from the UK about the resignation of PM Boris Johnson.

“My heart just about bloody leapt out of my chest when I looked at the news on my phone this morning. All the headline said was ‘Prime Minister Resigns’!” exclaimed the 59 year old.

“I was thinking ‘Yes! Finally!’, but the feeling only lasted a second,” he sighed as his spirits almost visibly came crashing back down to earth.

Unfortunately for the man who makes up part of New Zealand’s backbone, the prime minister who had resigned was the UK one, and not the New Zealand one.

“Ah well, guess it was too good to be true,” he said, looking down at the ground. “But suuuurely to God it’s not going to be much longer. The country’s just about turned into a bloody failed state!

“If it’s not the little shits ram-raiding shopping malls and dairies it’s the bloody gangs having shoot-outs whenever they feel like it, and all these bloody criminals are getting let out of prison.

“Even the health system’s gone to the dogs. That’s the one thing Labour’s supposed to be good at!”, gasped the primary producer of New Zealand’s major export.

“Gee I wonder how the UK managed to get rid of their idiot. We need to do some information sharing or something because our PM just keeps getting away with murder!

“I mean it could be that the UK’s media can fund themselves instead of getting ‘public interest journalism’ funding. Hey, all I’m saying is that TVNZ probably don’t want to bite the hand that feeds,” said Mr McMaster as he ritualistically checked the rainfall overnight.

The Whakataki Times can confirm that Daryl’s not the only one who’ll be disappointed that it was the UK’s PM and not ours that resigned. Recent polls from Roy Morgan and Curia show that 50% of kiwis think New Zealand is “going in the wrong direction”.