Razor Stuffs Himself Into Sam Whitelock’s Suitcase Just In Case 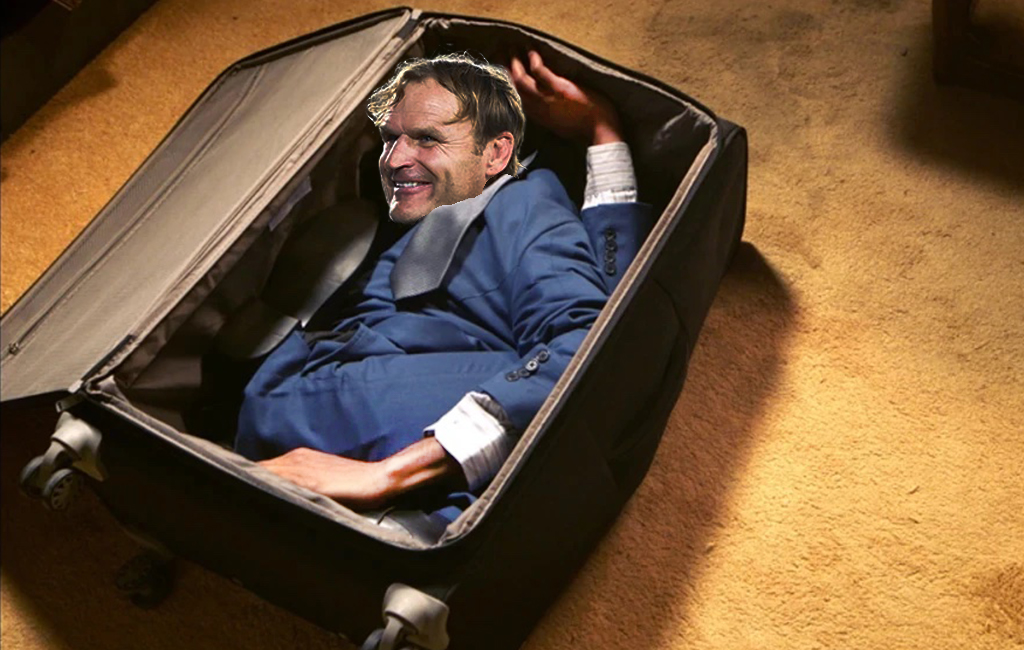 Crusaders supercoach Scott “Razor” Robertson has once again made himself very available to take over the All Blacks top job.

That’s after he decided to stuff himself inside Sam Whitelock’s suitcase and make the 17 hour journey to Mbombela, South Africa, ahead of the All Blacks two test matches against the Springboks.

‘I guess it’d save the All Blacks having to put in a low-level interim coach ahead of the second test at Ellis Park, which I’ll no doubt get called in for,” Robertson told our reporters.

The decision to travel inside Whitelock’s suitcase comes as New Zealand Rugby is effectively in a crisis, losing four of their last five test matches, including being humiliated at home by Ireland.

“Saved NZ Rugby a bit of money on airfares too, me travelling in a suitcase that is. Just thought it’d be easier to stow myself away, rather than try to get them to make a correct decision.

Robertson is also excited about potentially linking up with one of his right hand men, along with multiple players who he effectively turned into All Blacks during his golden run at the Crusaders.

‘Plus it’ll work well, Jason Ryan the new All Blacks forwards coach who I’ve just finished winning six Super Rugby titles with is also here. I mean, I wanted him in my initial All Blacks team of coaches when I went for the job in 2019, so it’s just another bit of convenience.

When quizzed about why he specifically chose Sam Whitelock’s suitcase, Robertson said it was a tactical decision. “Well he’s the biggest player we’ve got so I figured he’d be the least likely to notice how heavy his luggage was, you know?

“He’s also the one least likely to complain that his suitcase full of clothes feels like it weighs as much as a fully grown man,” he explained.

“Anyway, the weather’s pretty good here. I might go catch some of the surf before a busy week ahead with the team for the second test at Ellis Park.”