REPORT: $5 Pepperoni At Domino’s Dodges Inflation For 12th Year In A Row 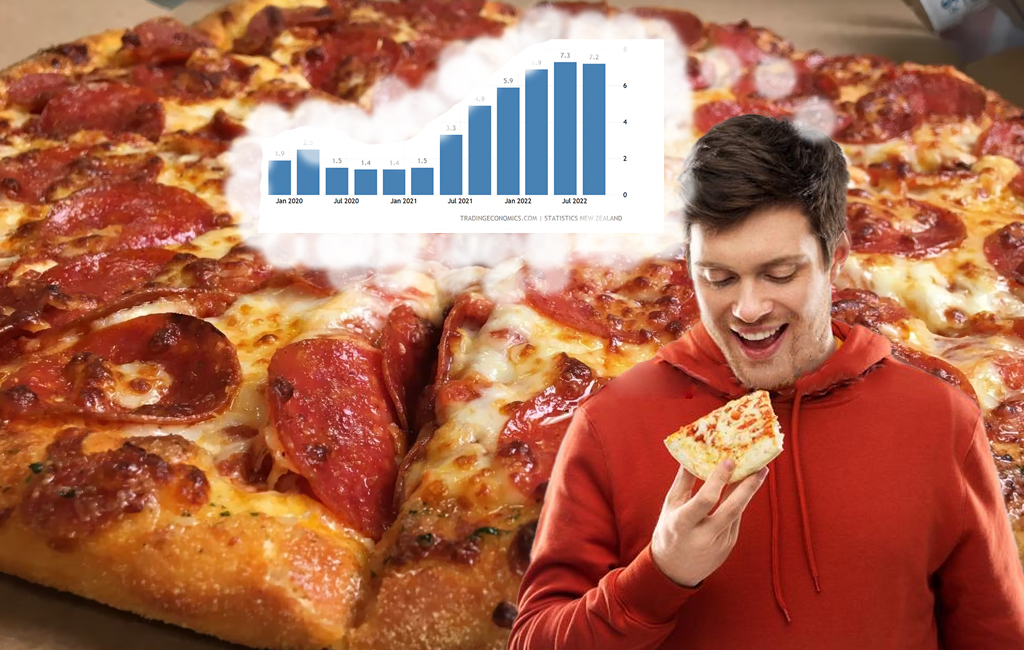 Despite the cost of everything going up, it would appear that the total cost of ingredients, labour and overhead to produce a pepperoni pizza at Domino’s has stayed roughly the same since 2010.

While things like fruit and vegetables, petrol and building supplies have fallen victim to the dreaded inflation, the pepperoni pizza at Domino’s has come through unscathed.

The value range pizza has retained its very affordable $5 price tag, while the majority of its original value range teammates like “Vege Trio” and “Beef and Onion” have gone up slightly in price over the years.

Wellington student Phil Bollinger loves a bargain and will carry on opting for the pepperoni, despite there being many more appealing flavours on offer at ‘the big D’.

“It’s between the pepperoni and the ham and cheese, because they’re still sitting at five bucks. Beef and onion’s gone up to $5.50 now,” he said shaking his head in disbelief.

“It’s good from Domino’s though. As far as cheap, shit food goes, it’s hard to go wrong with a five dollar pizza.

“No idea what the markup is on pizzas ay, maybe they were creaming it with the $5 range back in 2010. Probably only breaking even with those two cheap ones these days,” speculated the arts student with no background in commerce.

While on a budget at the moment, Bollinger has grand dreams for the future, hoping to one day score a well paid job that will allow him to upgrade to buying pizzas from Hell’s. “That’d be nice ay, imagine that. No chance of Hell Pizza protecting the punters from inflation though, bloody hell,” he laughed as he rigorously chewed through his rubbery pepperoni pizza.