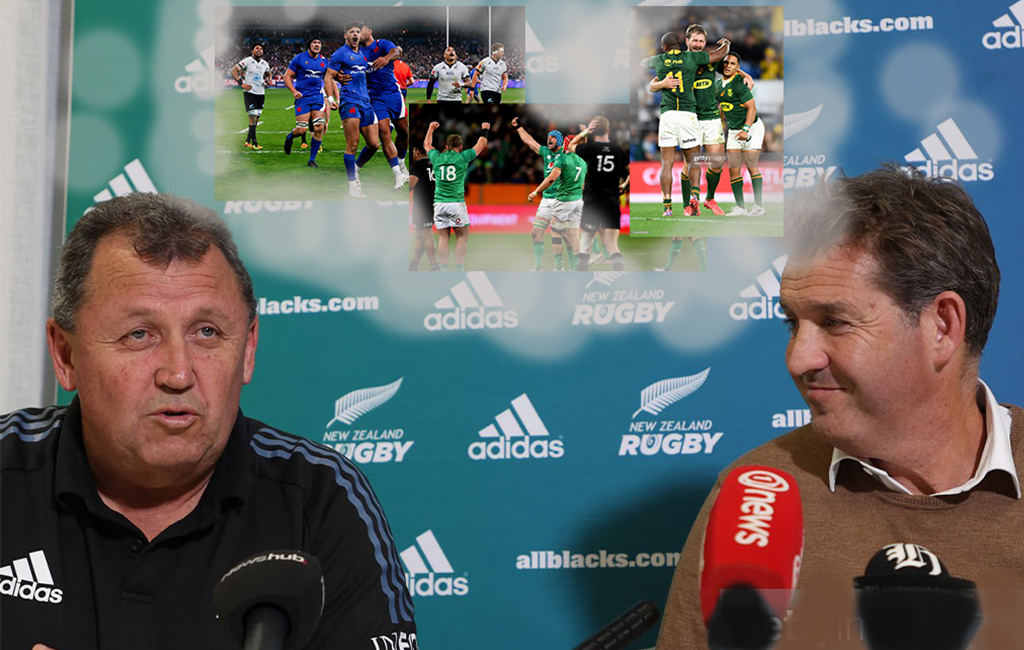 New Zealand Rugby have confirmed today they are no longer interested in the All Blacks’ results or performance on the rugby pitch.

This was after NZ Rugby and Chief Executive Mark Robinson confirmed that they would be retaining All Blacks head coach Ian Foster, despite a string of poor performances dating back to his appointment in 2019.

It would appear that the All Blacks’ one good performance at Ellis Park was enough to make NZ Rugby forget all about the humiliation they received at home, at the hands of the Irish.

Our reporters were at today’s press conference where they quizzed Robinson on his latest gaffe.

“Look, basically we’ve gone down the path of least resistance. We’ve made some mistakes, the results themselves don’t really matter too much though. For us it’s just about keeping the jobs for the boys we’ve been given, and to remain happy for the moment,” Robinson said, failing to realise he’d just endorsed one of the most underperforming All Blacks coaches in history.

Despite the All Blacks losing the past five of seven test matches, Robinson and the NZ Rugby board have bizarrely backed Foster through to the 2023 Rugby World Cup, despite an extremely good rugby coach from Canterbury in Scott Robertson being available to take the reins and turn the whole team around.

“I’m a new young CEO and I’m not taking the risk of sacking him for multiple poor performances. In fact, I want to at least pretend to know what I’m doing, so I don’t want to fire the guy I wrongly appointed when I started the job three years ago,” Robinson explained, who really should have been hoping coach Foster would do the honourable thing and resign.

Our reporters quizzed Foster on his backing through till next year’s RWC.

“Look I think from what you have seen and what you will see, is that we are heading in the right direction. There’s a lot of belief in this group,” Foster once again churned out, failing to realise the All Blacks have been on a decline for quite some time now, slipping as low as 5th under his watch.