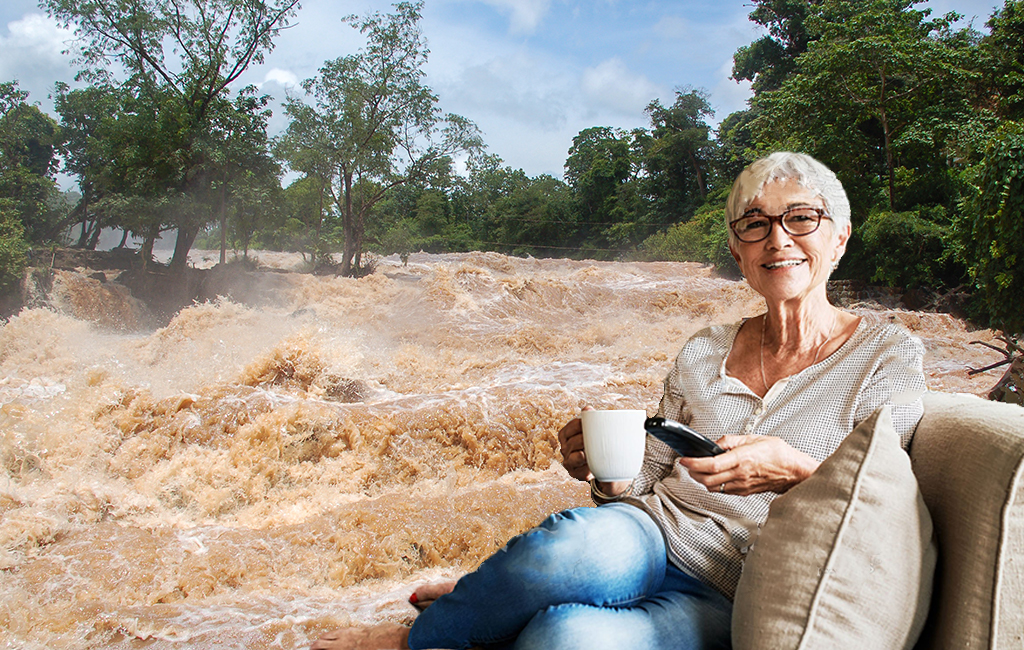 Manawatu retiree Janet Davidson, 65, has just pointed to irrefutable evidence that climate change is happening and we’re all doomed unless we do something.

As Davidson sat down to her dinner of steak, broccoli, carrot and potato, with her husband Dennis, a Newshub news story caught her eye.

It presented footage of flooding in a third world country (exactly which country was unknown as the TV was muted), but that didn’t matter, because Janet now had all the evidence she needed. “Well, that’s climate change for ya. All this extreme weather we keep seeing, that’s because of climate change,” she said as she contentedly cut up her chewy, over-done steak.

“Should have listened to Greta, but no, the greedy capitalists just kept on polluting,” Janet sighed, while happily enjoying the modern comforts of home, none of which would have existed without the natural progress of the capitalist spirit.

“If all that carbon dioxide wasn’t getting pumped into the atmosphere then those poor buggers wouldn’t be getting flooded,” she said, as if floods were something new that never used to happen.

Dennis meanwhile was picking at his teeth, trying to remove the fat from his steak that had got stuck in there. “Yep, that’s a flood dear. We’ve lived here for thirty years and been flooded every other year. This climate change stuff’s getting pretty boring.

“And I don’t really need an angry little Swedish kid lecturing me either. God, in the 70s, we had NASA telling us we were heading for an ice age!” said the seasoned dairy farmer as the fire in his belly began to build.

“There’s always someone saying the bloody world’s coming to an end, always the same with these people..”

“Oh Dennis, calm down will you” Janet said, bringing the exchange to an abrupt halt.

The pair then settled down on the couch, waited patiently for the latest instalment of The Project to come to an end, before getting to the business end of their evening with The Block NZ, which helped them to completely forget about the flood they saw on the news.