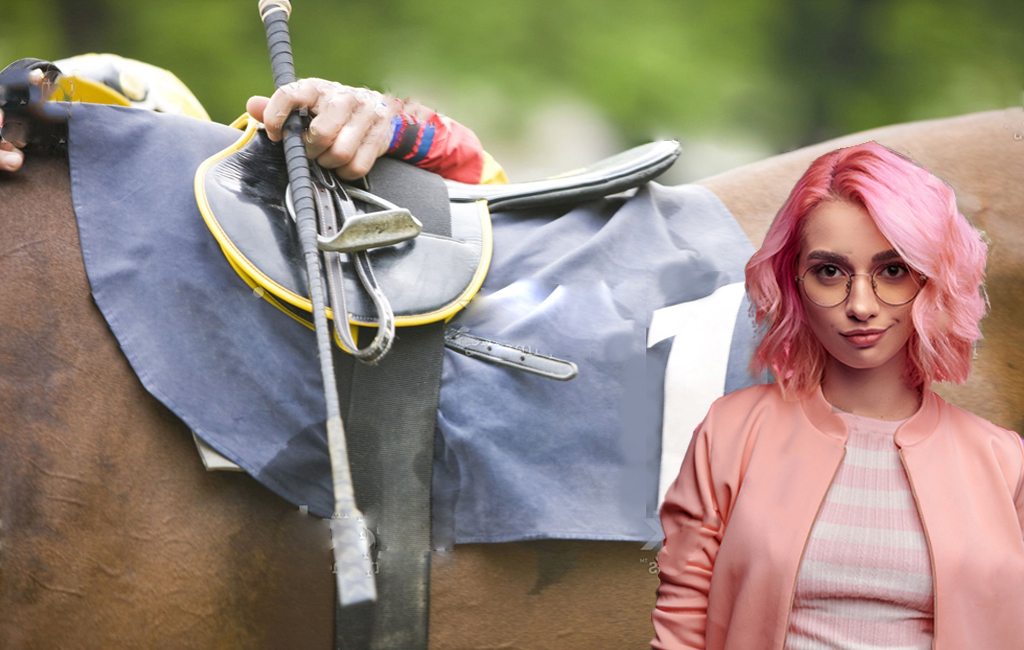 NUP TO THE CUP, YIP TO THE WHIP

It’s not that the 28 year-old said she’s onboard with the Melbourne Cup or anything. It is more that while she Tweets to her regular echo chamber about how she is anti whipping and anti-horse racing… she actually doesn’t mind a bit of whipping herself in the bedroom.

“Hi guys, nice to see you again. While I think whips should never be used on animals, I actually think whipping still has its place – in the bedroom between consenting adults,” Wareing said with a smirk.

The shock revelation came as she explained how she and her on-again-off-again boyfriend had some experience with riding crops and whips, much like the ones she has widely condemned for their use on horses.

“Of course it’s all consensual and we use a safe word. But I’m actually a bit of a fan of it,” said Wareing, who has spent the past few years speaking out against the tools designed to make horses go faster.

The revelation to our reporters caps off a u-turn of sorts for Wareing. The millennial has often showcased her disgust online at how anyone thinks it’s okay to just whip an animal to make it increase speed, along with condemning those who get obscenely drunk and gamble.