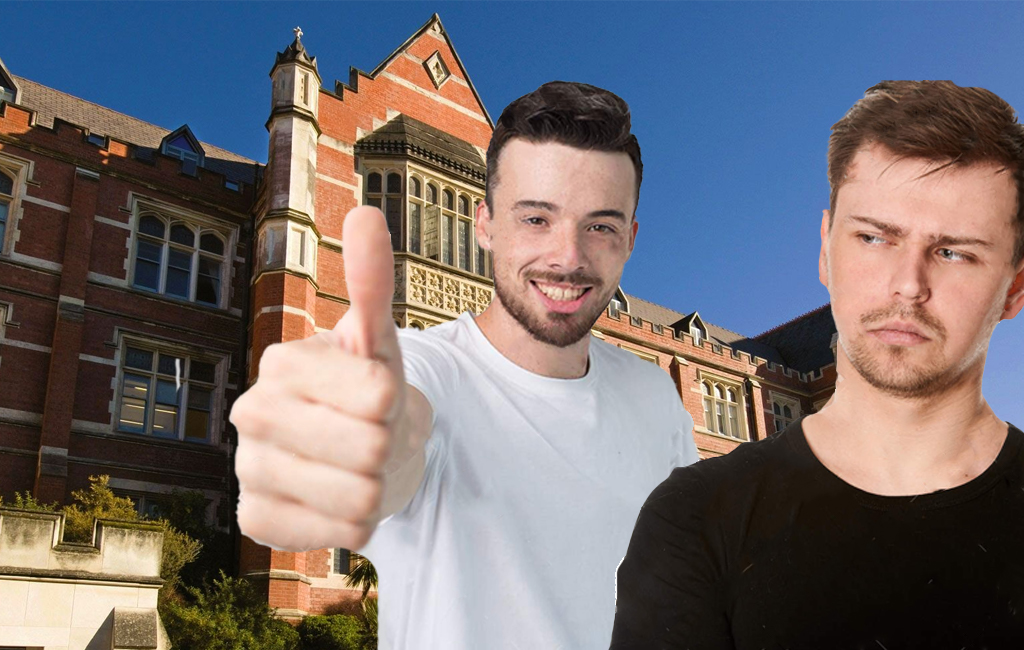 SHOOT FOR THE STARS

Palmerston North based school leaver Blair Smalley raised eyebrows yesterday when he revealed that he was enrolling at Victoria University to do a law degree.

The majority of surprise came from school friend Simon Harrison, who knows his friend Blair is a good bloke, but is definitely not law school material. “I don’t want to say that Blair’s dumb or anything, but I went to school with him so I do have a decent grasp of what kind of grades he was getting,” said Harrison, choosing his words diplomatically.

“Like, when you hear of the people who are going to do law next year, a lot will make sense to you. Like ‘oh yep, Joe Bloggs is going off to do law, that makes sense, he’s hardworking, sensible, smart…’

“But Blair?? Okay, if he just studied and did nothing else then maybe he’d get through first year. But this guy’s not going to do that! He’ll be out drinking and partying, no way he’s going to make it!

“He’ll probably get to the end of the year and have a lower IQ than when he started, thanks to all the alcohol consumption,” he speculated.

Blair Smalley however gave a different view of what the future holds for himself. “It’ll be all good. Good to get a valuable degree that will get me a good job as a lawyer. Looking forward to a good balance between studying and socialising,” he explained, not knowing how little faith the people around him had in his abilities.

“I reckon if I keep the partying to the weekends then I’ll be all good. Can probably join a few clubs too, really make the most of the university experience,” he smiled.

“All the people who talk about how hard law is are the ones who just want to be perfect with A pluses, you know? Better to go through with B pluses and actually get to enjoy yourself right?” he claimed as his self-awareness plunged to an all time low.

Despite all this, Mr Harrison wishes his friend all the best in his efforts to become a qualified lawyer. “Hey, I mean, good on him I guess. Maybe he’ll shock everyone and be a roaring success. You never know,” he said while holding back laughter.