SEIZE THE DAY: Parents Thrilled That Two Year Old Is Up At 6 To Tackle Sunday Head On 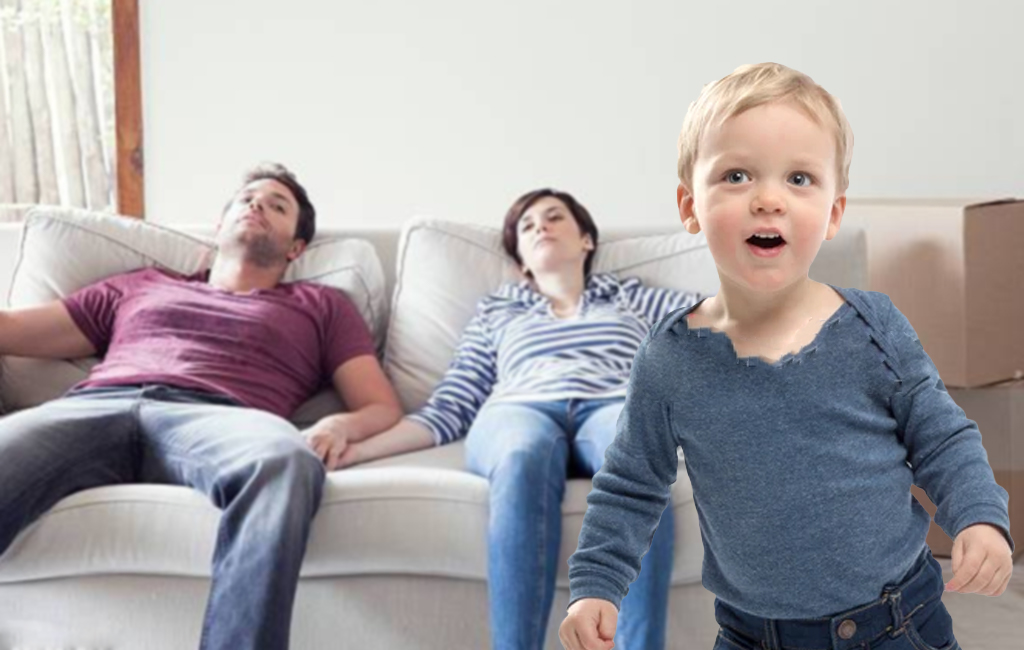 Stephen and Kelly Marsden are feeling like the luckiest couple in the world this morning. Instead of sleeping in and waking naturally on a Sunday, they got to wake up at 6 with their alarm clock named Matthew, who was delivering a strong dose of carpe diem.

“MUM! UP! DAD! UP”, went the two year old go-getter, keen to smash some toast, read a couple of books and have a jam on the duplo.

“Why would anyone want a sleep-in on a Sunday? You’d just end up wasting hours of the day that could have been spent pulling pots and pans out of the kitchen drawers and relocating them to other areas of the house,” explained Kelly, 32, as she picked up a Sistema jug from the floor of the bathroom.

“There’s just so many things that need to be done on a Sunday morning,” started Stephen, 32, as he slurped a black coffee that he knew would not be enough on its own to get him through the day. “Let’s face it, someone in this house has to pick the stones out of our garden planters and chuck them on the lawn.”

Matthew was strategically placing his farmyard animal figurines in Kelly’s vegetable garden, when our reporters approached him for comment.

“Mummy make toast for Matthew. Daddy make coffee for Mummy,” explained Matthew, presumably in response to the question of who made what for breakfast this morning.

“DIGGER!” he shrieked, before running away towards some toys in the garage, dodging all questions about why he had to wake the whole house up at 6 o’clock.

When asked about a strategy for the future of sleep-ins in their household, the Marsdens admitted that they already had a plan in place, but it just hadn’t worked on this occasion. “Well I said that I’d get up today and let Stephen have a sleep-in,” said Kelly. “And that worked to start with. But once he had finished his toast at 6.20 and got out of the high-chair, Matthew just took off down the hallway to our bedroom to wake up dad.”

The interview was cut short when a loud crash was heard from the kitchen, followed by a half second pause, and then uncontrollable crying.