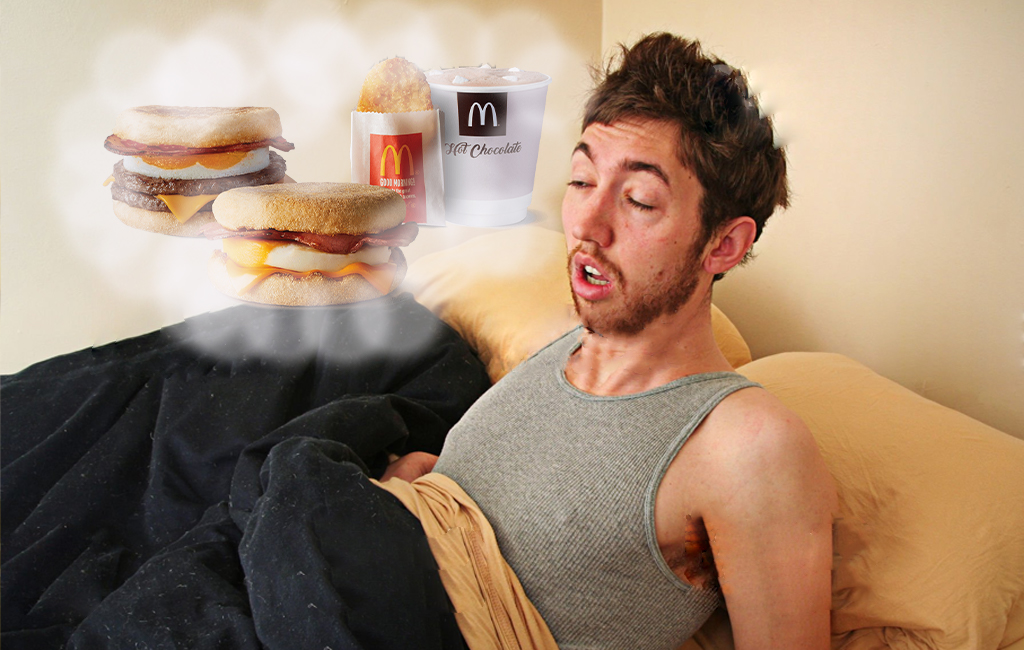 COULD DO WITH A FEED

Logan Ashton was never really in with a chance of making it in time for the McDonald’s breakfast menu this morning.

After arriving home at 3:46am, after nearly 12 hours of drinking and a spontaneous trip to Christchurch’s casino, the 26 year-old was kidding himself if he thought he would be having Macca’s for breakfast. It would require him to achieve a human-like state and walk a kilometre to the local foodcourt, where he would then be required to place an order before 11:00am.

As our reporters opened the curtains of his Riccarton flat to let in some of the natural light, Ashton regained consciousness and sipped on some unsatisfying room-temperature water.

“Morning guys, it’s still morning isn’t it? Geez it’s bright. Reckon I can make it in time for the Macca’s brekky?” Ashton asked, unaware it had just gone past midday, and he would not be able to order the Massive McMuffin Hunger Buster he desperately needed.

“Ah far out, is it really that late? I thought they were doing the all-day brekky thing still?” Ashton said in delusion, whilst also frantically trying to see if his phone, keys and wallet were in the same room as him.

The McDonald’s breakfast menu in fact closes at 11:00am, which is actually half an hour later than the previous 10.30am setting. This would mean someone getting home from a bender at 4 am is unlikely to ever see or consume anything on the menu due to the likelihood they’ll still be unconscious.

“Ah well, maybe next week. Anyway, can you close the curtains on your way out guys? I’ll go grab a feed later or something. Hopefully the mall will still be open when I wake up.”