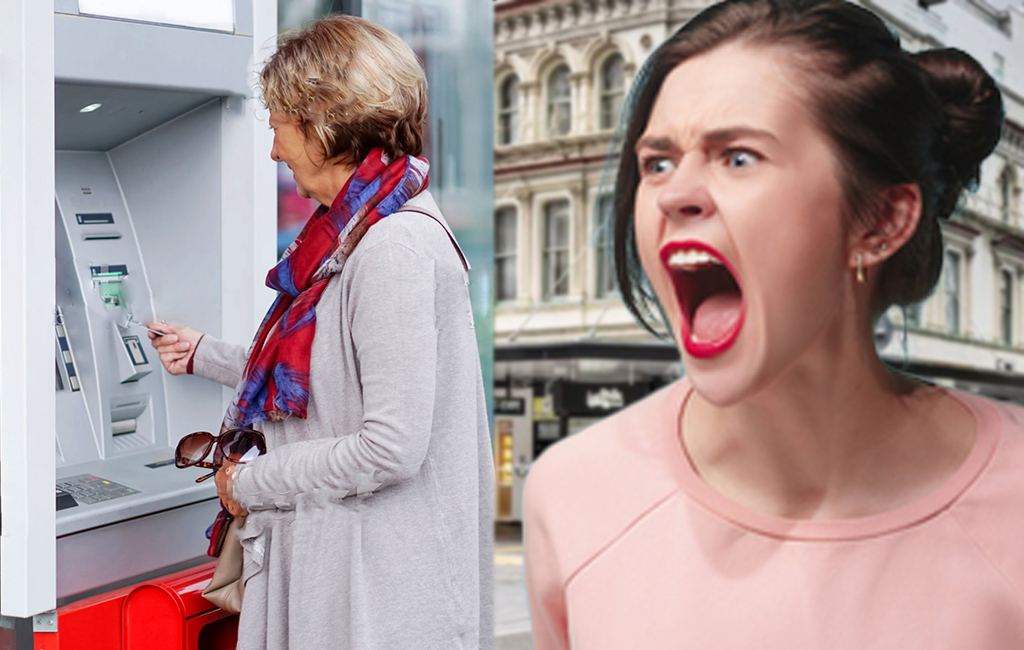 Kelly Shepherd has never experienced anything quite like the rage she felt at an ANZ ATM on Queen Street, Auckland today.

“Oh you’ve got to be kidding me!” exclaimed Shepherd, 36, as an unknown woman went back and forth between options on the touch screen.

The Whakataki Times reporters spoke to the mother of two, whose blood pressure was rising with dramatic pace.

“Seriously. Does it actually take that long to get some cash out? What the hell is she doing?” Shepherd again screeched to our reporters, who also made it clear she was just trying to withdraw $40 cash to pay for her daughter’s singing lesson.

Despite only waiting for the best half of a minute, the visible irritation on Shepherd’s face told a much different story.

The unknown woman then began going back to the start of her initial request after hitting the ‘Cancel’ button for the third time after entering the wrong pin, causing her to have to insert her card again.

“What is she even trying to do? Can she hurry up? My daughter’s singing lesson starts in five minutes.” said an agitated Shepherd, who was entirely fed up with the loud noises the ATM was making after each incorrect entry by the unknown woman.

“Oh finally!” Shepherd said with relief as cash successfully started to flow from the machine.

However Shepherd then nearly went into cardiac arrest as the unknown woman then requested an updated balance on her bank account.