Smug Millennial Derails Enjoyable All Blacks Discussion By Saying “Oh Are We Talking About Sportsball?”  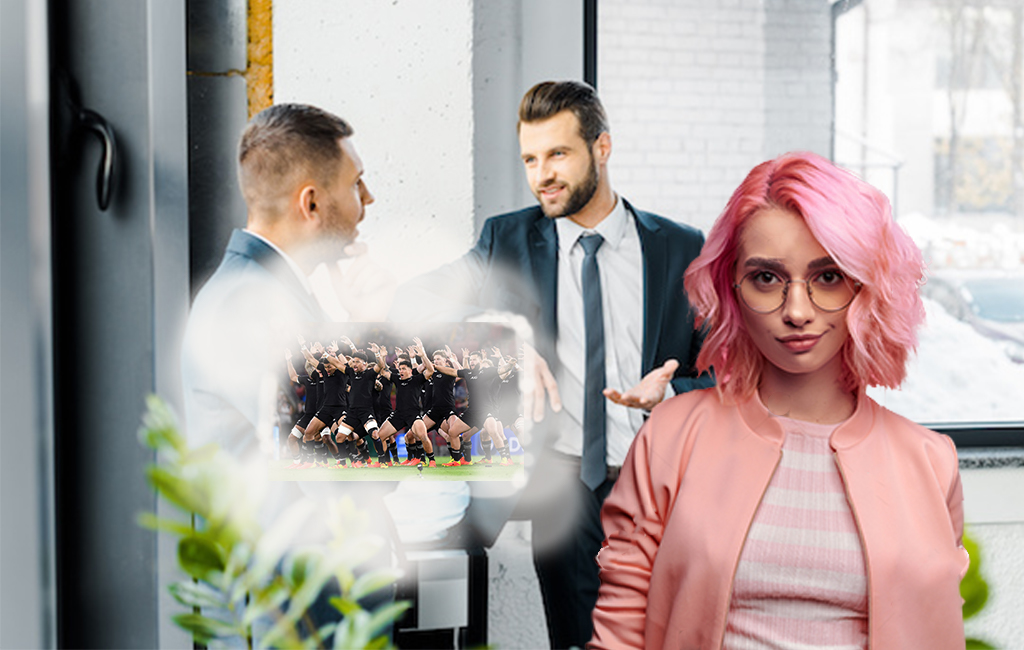 “I DON’T GET WHY PEOPLE CARE”

Sam Ellison and Josh Orr could not have been doing anything more normal this morning, discussing the latest All Blacks team naming in the work kitchen at their Wellington accounting firm.

“What do you make of Roger Tuivasa-Sheck making the squad? Only 10 games for the Blues under his belt,” Ellison asked his regular watercooler chat colleague.

But their everyday conversation would shortly be derailed by another co-worker, who had nothing better to do than attempt to spoil their conversation. The new entrant to the interaction was about to make the unsubstantiated claim that people do not care about New Zealand’s national game or their wildly popular national team.

Pink-haired millennial Kassie Mackay, 29, the owner of several tattoos of poorly drawn cartoon characters, injected herself into the conversation as she filled up her water bottle.

“Oh are we talking about sportsball??” Mackay quipped, knowing exactly what the conversation was about, as one smug corner of her mouth began crawling up the side of her face.

“Yes Kassie. Gee, wouldn’t mind your opinion on the latest squad,” Ellison said as the sarcasm dripped from his lips.

“Oh please, does anyone even watch that stuff anymore?” Mackay responded, falsley alluding to the idea that nobody cares or watches the All Blacks in New Zealand.

“Well why don’t you ask the 48,000 people at Eden Park if they do?” Orr quipped, foolishly thinking he’d won the momentum of the mini argument against somebody who won’t accept defeat.

“Why would anyone bother wasting their time watching a bunch of overpaid 20 and 30 year-old MEN who kick a ball around for a living? Do better.” Mackay finished off like she was signing off on a Tweet to her echo-chamber.

When Ellison jokingly invited her to come and watch the All Blacks take on Ireland next weekend with fellow co-workers, Mackay replied with a “hard pass” as she was attending drinks at an Aro Valley flat before a gig at a San Fran bar for a band nobody had heard of.