Smug Wellingtonian Smirks At Out-Of-Towner Attempting To Use Umbrella 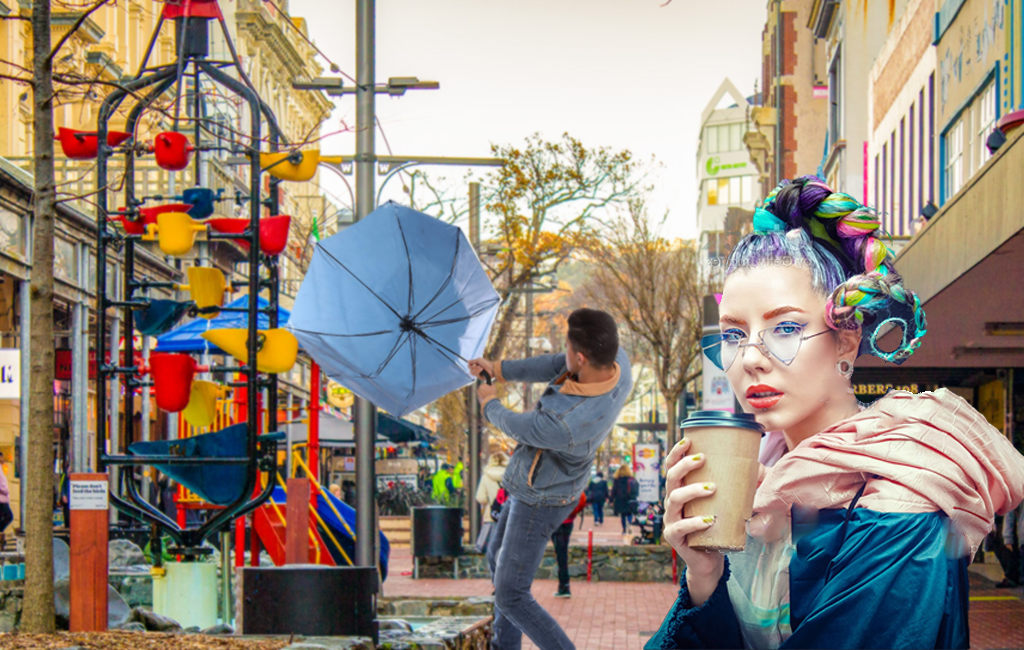 GOOD LUCK WITH THAT!

Emily Tait’s eyes began to roll back into her head in the Wellington rain today.

That’s because as the 24 year-old graphic design student at Massey University was making her way to her 2pm class, she saw a man struggling to put up an umbrella in sideways rain and galeforce winds.

“Oh my god. Is he actually serious?” Tait said under her breath as she could not believe what she was witnessing on Cuba Street.

As she approached the man who was clearly struggling to realign multiple metal spokes that the winds had effectively snapped in his now inside-out umbrella, she made made sure she got a good look at him as she passed.

“Gee, good luck with that!” Tait smugly said to herself as she walked past in her raincoat, fully knowing after five years in Wellington that umbrellas are a ridiculous waste of time.

The Whakataki Times reporters caught up with Dave McKenzie, 38, who was visiting Wellington from Tauranga.

“Just saw it was starting to rain, so I thought I’d pop into a shop and grab an umbrella,” said McKenzie, who was oblivious to the fact that almost nobody uses an umbrella in Wellington due to the gusty northerlies which are almost 24-7.

McKenzie, who was wrong to think that doing something as normal as using an umbrella in rain, questioned why it is frowned upon so much.

“I mean, it’s raining and I need to keep dry as I make my way around the city. I couldn’t be trying to do anything more normal. What am I meant to do?”

Our reporters then left McKenzie to wrestle his inside out umbrella while he continued being pelted with sideways rain.