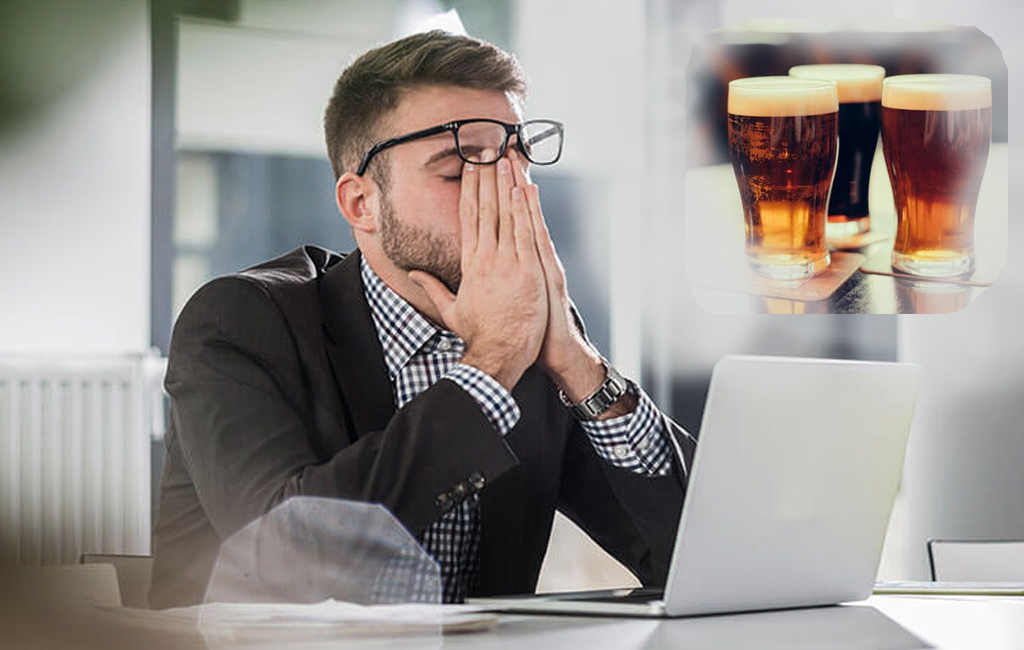 THOSE CRAFT BEERS WILL GETCHA

Self-hating public servant Travis Watterson has set himself up for an absolute ripper of a week at his Wellington government job. As if he didn’t hate his job enough already, he has now magnified his despair by inflicting a good old fashioned, head-throbbing hangover.

Last night Watterson spontaneously caught up with an old mate from uni for a few beverages. Naturally, instead of sensibly enjoying three beers and then heading home at a reasonable hour, Mr Watterson has gone for six or seven crafties of quite a high alcohol percentage.

The Whakataki Times caught up with Watterson to find out how bad his hangover has been.

“Oh my god. I woke up with the alarm screaming at me at a time that would be completely reasonable for someone who hadn’t been out sinking piss on a Monday. But a shocking time for me though.

“I sat bolt upright in bed in a state of shock, and the world seemed to start turning sideways while I tried to process my reality. It took me three or four seconds to figure out what was going on around me,” he described in graphic detail.

“When I remembered that I had consumed more than several high percentage craft beers, and that today was only Tuesday, that’s when I knew that this was going to be a real rip-snorter of a week.

“I considered calling it in, but thought better of it as I’ve already had multiple ‘mental health days’ and I need to throw the bosses off my trail,” explained the man who could not even opt to ‘work from home’ today, as he had left his laptop in the office.

“So now I’m just sitting here at my desk, taking my punishment. This is exactly what I deserve”.

As the broken man continued to open and close the tab on his computer that had the Seek job website displayed, he ruminated on his state of affairs.

“It’s just hard work coming into a place where nothing ever gets done. You come in bright eyed and bushy tailed and then after a year you realise that the whole thing’s a joke,” explained the man who asked that his particular public agency be kept confidential.

“So now I guess I’m just a guy who gets drunk on a Monday. Oh well!” he shrugged.