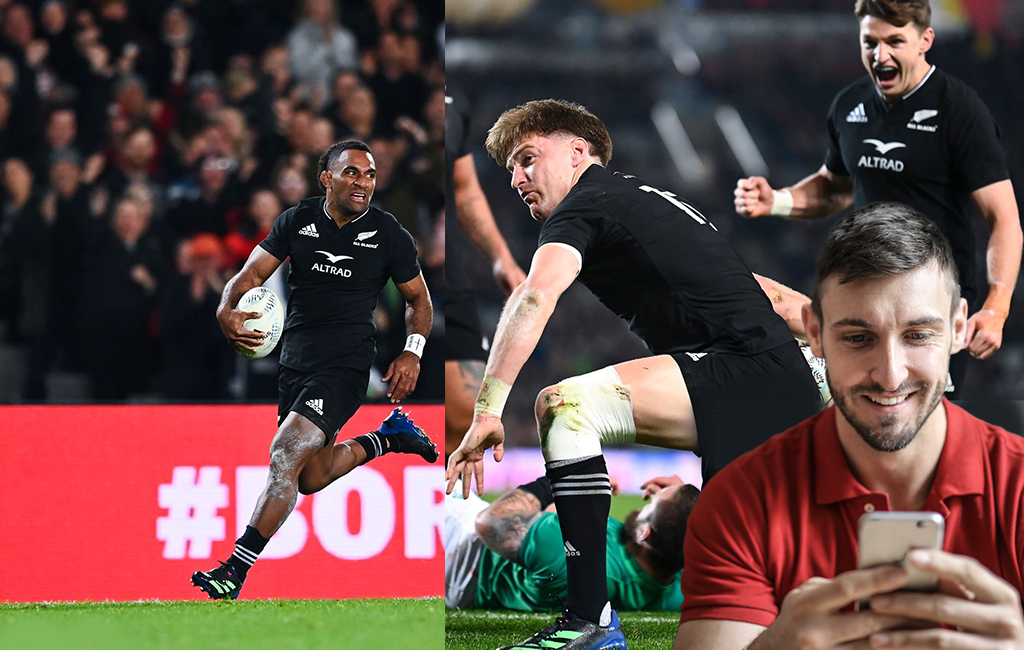 SO MUCH INSIDE KNOWLEDGE!

Joel Jacobson is feeling like a tactical betting genius after revealing his profound insider knowledge to a handful of friends ahead of tonight’s All Blacks vs Ireland match.

The 29 year-old has wowed his much lesser sports punting mates by suggesting they put their TAB money on Sevu Reece and Jordie Barrett to score the first try in tonight’s match.

The Whakataki Times reported on Jacobson earlier this year when he made the outrageous prediction that the multiple title winning Crusaders would beat the brand new team Moana Pacifica on debut. Our reporters were on scene at Jacobson’s flat in Christchurch this afternoon as his friends loaded up their TAB accounts.

“Oh really? Sevu Reece do you think? Man it’s gonna be crazy if this one comes in! Shot Dunc!” said Mitch Fahey who hurriedly submitted his $10 bet on his TAB app.

“Yeah look I think if the All Blacks get it out wide early after hitting it up front first, then Sevu will be free as a bird once they spin it wide,” said Jacobson with the authority of someone who had put in hours of research, only to end up predicting that a winger would likely score the first try in a rugby match.

Feeling momentum building among the lads, Jacobson then insisted that first time punter Joe Evans look at a different player.

“Hey for you Joe, I reckon go Jordie Barrett for first try. He’ll probably get a short one off his brother from the set piece. Good value at $12 too,” Jacobson said in a tone that suggested that if his friend’s bet came through it was going to be all because of his insider knowledge.

Evans then sought one more piece of advice from his hot sports tipping friend.