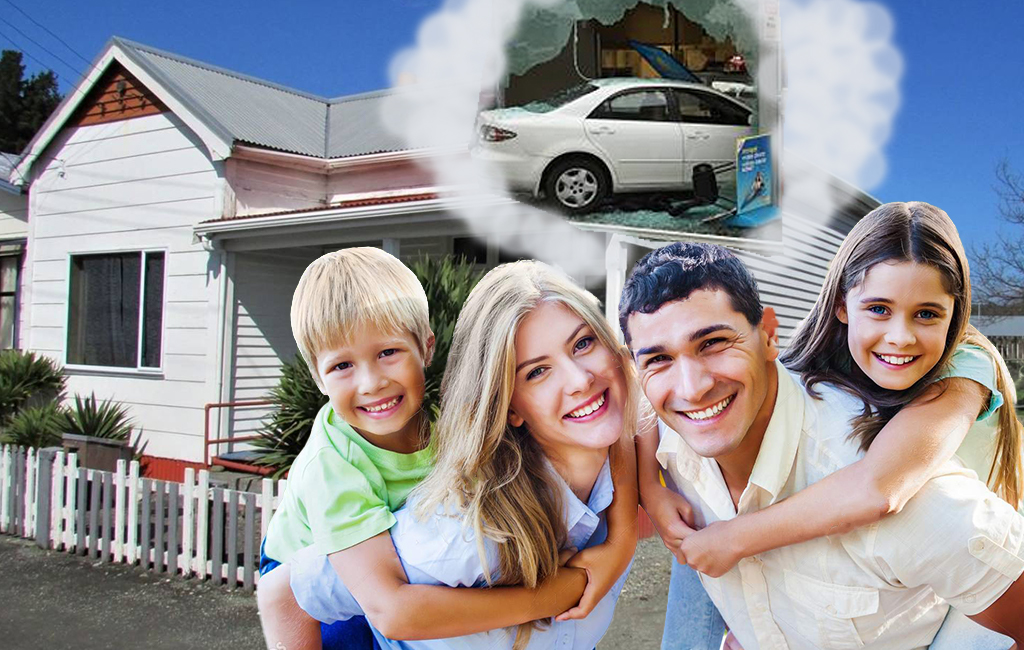 Henderson family of four, the Rolstons were only half joking when they told the Whakataki Times about a violent smash and grab they had planned for the local dairy.

“Oh haha yeah, well that’s the way we’ll be heading if petrol gets any dearer!” laughed dad Joel, 38, as his eyes shifted uneasily. “But no, obviously we’re not actually going to do it”.

This came as ram raids have become a daily occurrence that appear to have no criminal repercussions, multiplied by the fact that everyday families are now feeling the pinch of the rising cost of living.

“I mean, yes there’s a lot of booze and cigarettes in there, probably thousands of dollars worth, which could all sell really well, but no…” Mr Rolston said, smiling and shaking his head.

Joel’s wife Lucy, 30, was equally unconvincing as she tried to play down the idea they had to steal thousands of dollars worth of goods from the local small business. “Like, yes the grocery bill keeps going up and up, but we’re hardly going to steal the Mazda Demio that’s been parked down the street for the last month and ram it into the dairy around the corner.

“Like, yes the car does look very easy to break into, but we’re not actually planning a family ram raid!” she laughed as she stroked daughter Danielle’s hair.

“We’re not sending the kids in there with us with their backpacks on so we can stuff as many high value goods into them as possible! That would be crazy!”

Joel decided to put the whole issue to bed once and for all, explaining why it was all just a big joke in the first place. “Look, if we really wanted to ram raid a dairy, causing hundreds of thousands dollars worth of damage for minimal returns, we would get all the black clothing we have, pop on the balaclavas we had for our Ruapehu trip, go down and get that Mazda and get it done once and for all.

“But we’re not really gonna do it!” he said, the sound now coming from his mouth at a much higher volume than he intended it to.