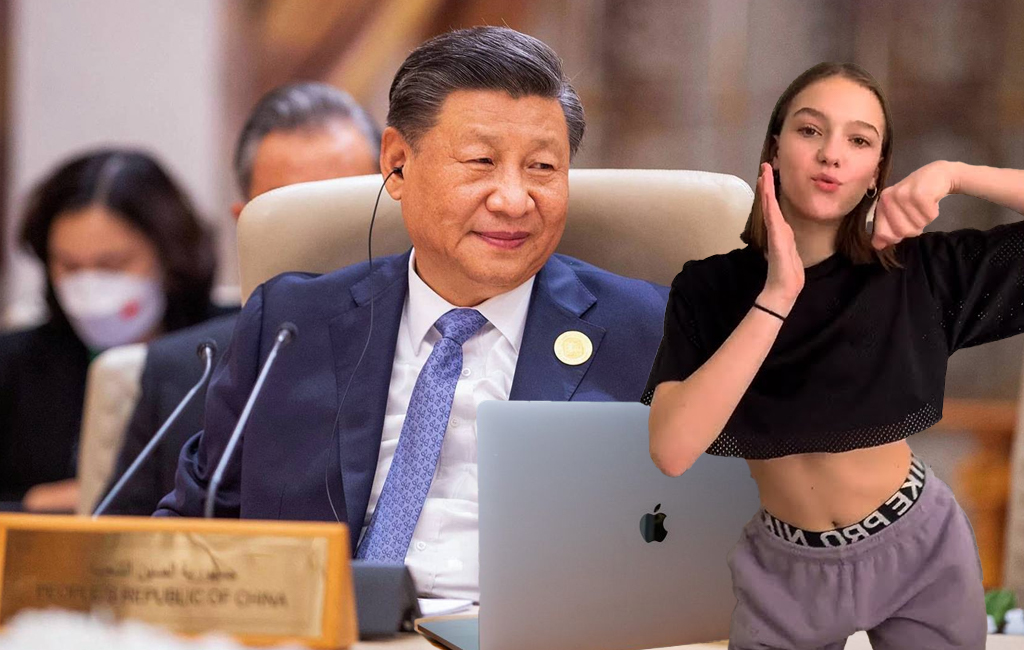 CUTTING OUT THE MIDDLE MAN

Self-proclaimed teen TikTok sensation Ariana Wesley is taking a new approach to increasing her reach on the social media platform.

Annoyed with how long it has taken her to amass her first 15,000 followers, Wesley has decided to bypass the usual algorithm designed to benefit the Chinese Communist Party. Now, instead of uploading videos on the app, she simply sends MP4s of herself dancing in her bedroom straight to dictator Xi Jinping himself.

“It’s probably a bold move and I don’t know how many people have had a go at this, but I think it’s worth a try,” explained the 18 year old influencer.

“Like, I guess it’s not so much about how many normal people you reach – it’s which super influential people can you reach?”

Wesley explained further while not looking up from the phone she was scrolling on. “So I’m off TikTok for now – I deleted the app from my phone. Still got my account, but now I just send all my dance videos as email attachments to Mr Xi!” she explained, clearly not knowing too much about what the Chinese government gets up to.

“Haha I feel so retro sending emails, you know, like, what a millennial!” she laughed, as our reporter in his early thirties stared blankly.

“Anyone who wants to break through and get ahead of the crowd has to be a disruptor. And what could be more disruptive to a video-based social media platform, than actually getting rid of the app completely and emailing video files to the supreme leader of China?

“Imagine having your content shared by the President of China!”

When asked how she felt about China’s human rights record or the level of control the CCP exerts over its general population however, Wesley seemed nonplussed. “That’s just how people roll in China, you know, who are we to judge? We don’t know China’s truth, they’re probably all living their best lives!”

Before our reporters could challenge Ms. Wesley’s assertion, she cut the interview short to begin practicing a highly robotic, repetitive dance routine.