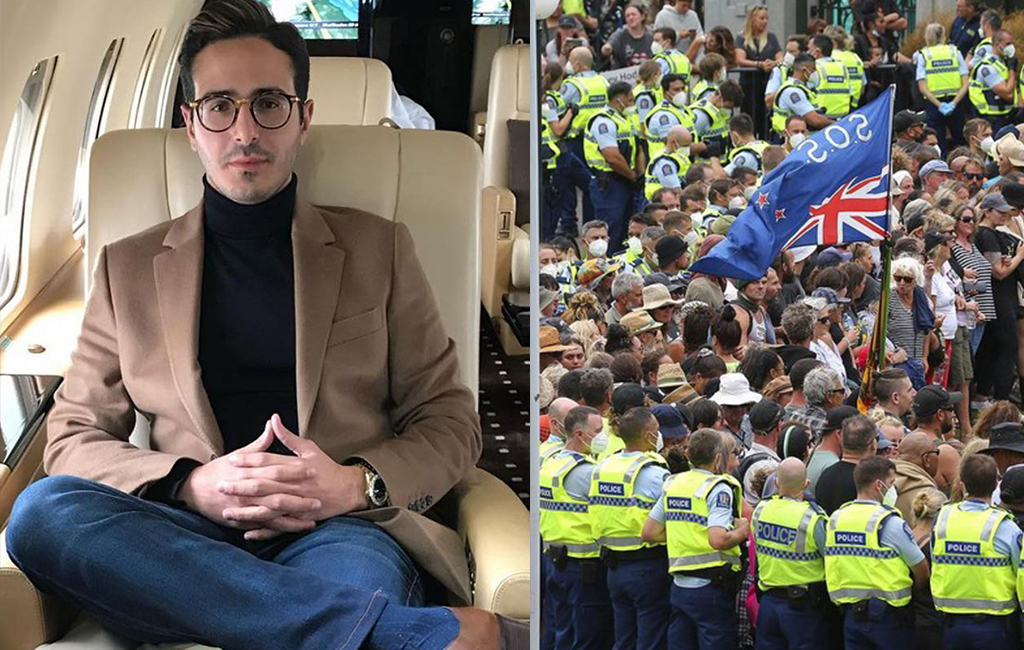 GETTING THE JOB DONE!

The New Zealand Government and Police have hired well known con man Simon Leveiv, also known as the ‘Tinder Swindler’, in an attempt to convince protesters to exit Parliament grounds as the protest nears its third week.

Leveiv has been the subject of Netflix’s latest documentary ‘The Tinder Swindler’ where he conned multiple women out of hundreds of thousands of dollars in a romance scam. Police Commissioner Andrew Coster explained the decision to bring in the self-proclaimed billionaire.

“He ticks all the boxes doesn’t he? He’s going to tell them what they want to hear and  he will definitely over-promise and under-deliver. Hopefully they’ll all fall victim to his charm and just get off that damn lawn!” said Coster, who was now visibly exhausted from two weeks-worth of questions on the subject.

The Whakataki Times reporters sought comment from protesters who had started to exit Parliament grounds.

“I’d trust this guy more than a politician!” shouted one protester draped in a United Tribes flag, “…and I’d trust him way more than the fake news media!”, as he punched our cameraman in the face.

Another protester also supported the idea of entering into talks with the proven conman. “Yeah I’d trust him more than anyone in the Beehive. All they do is just emotionally manipulate us to support their lavish lifestyle. This Simon guy will be way different!”, he said before going for his third public urination for the day.

Reporters further pressed Police Commissioner Coster on whether he had any concerns about hiring the well known fraudster.

“It should be fine. We aren’t even asking the protesters to dish out hundreds of thousands of dollars of their own to him. We just want them off the grounds to clear up the blockade around central Wellington. If we can’t get a politician to come out and lie through their teeth, then we may as well get one of the expert liars to do it for us.”